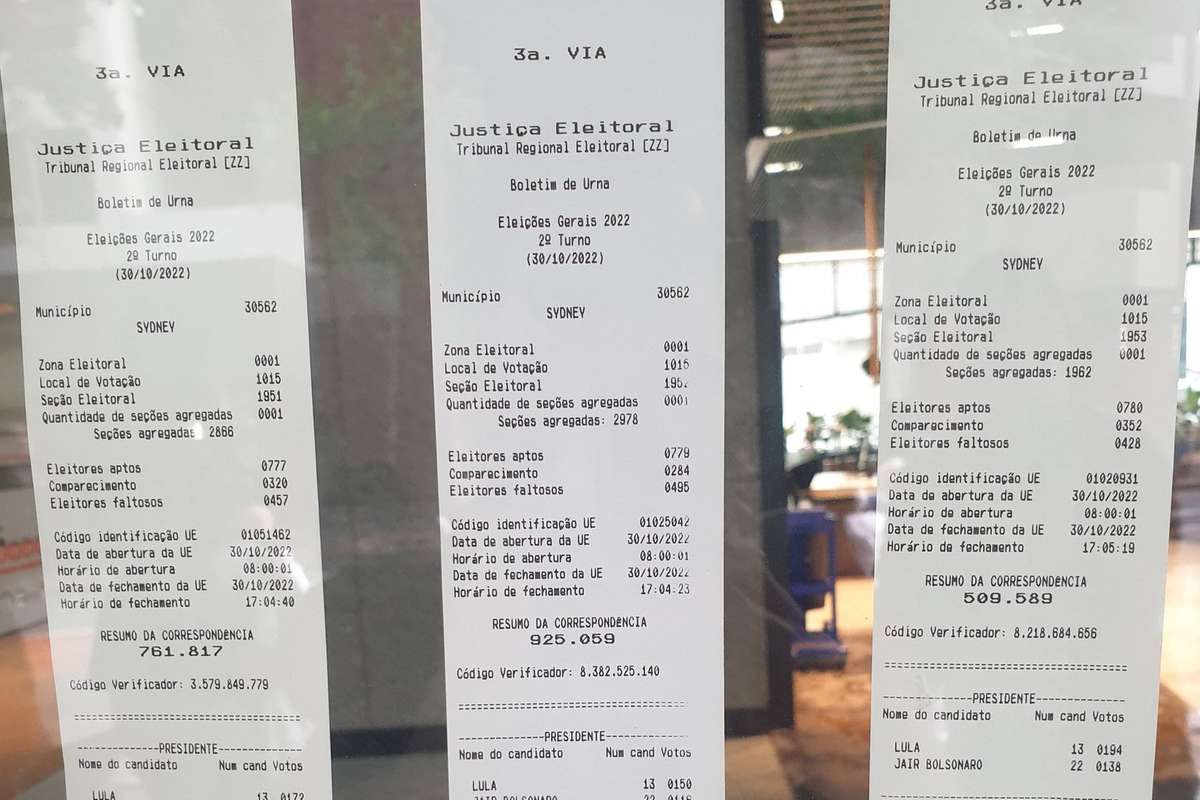 Elections: Lula beats Bolsonaro in Australia also in the second round

Former President Luiz Inácio Lula da Silva (PT) won the second round of Brazilian elections in Australia. In Sydney, the PT had 61.3% of the votes against 38.7% for Jair Bolsonaro (PL). In the capital Canberra, the former president was the most voted by 72.1% of voters. Bolsonaro was the choice of 27.9% of the people.

The polls in the country in the country of Oceania were opened for the Brazilian electorate at 6 pm this Saturday (29), Brasília time, due to the time difference. There were sections in Canberra, Sydney, Melbourne and Perth.

The result is not official, as the votes of Brazilians residing in Australia and other countries will be released by the Superior Electoral Court (TSE) only after the close of voting in all places.

The votes cast in Australia were made public through the photos of the ballot boxes, posted on the door of the polling stations installed by the Embassy of Brazil in that country.

About 4.4 million Brazilians live abroad, according to data from the Ministry of Foreign Affairs. Of this total, 697,084 are eligible to vote to choose the next president of Brazil.

Voting abroad is only possible for the post of president. Voting takes place in embassies, consulates and diplomatic offices spread across 159 cities in 97 countries.

follow the counting of votes for the second round for president on the portal THE TIME from 5 pm.

Previous What is the future of Twitter after being bought by Elon Musk?
Next Does Black Adam take place before or after Peacemaker?