Everything you need to know about QLED technology

QLED is the acronym, in English, for Quantum Dot Light-Emitting Diodes. In a literal translation it is something like “Light Emitting Diode with Quantum Dots”. It is a technology that is present in several models of Smart TV sold in the market. These televisions are increasingly popular in Brazilian homes. But the term still raises doubts.

Read too
What is the difference between the types of LCD panels: IPS, TN or VA
What is TFT, technology used in cell phone LCD screens, monitors and Smart TVs? We can say that technology QLED is an improvement or evolution of LCD technology. Quantum dots, which give the technology its name, are tiny crystals measuring just a few nanometers in diameter. These microscopic crystals emit light at very specific wavelengths.

Nanocrystals promote an effect known as “quantum confinement”, which is when the electrons that make up the material are limited to extremely low volumes. This phenomenon allows nanocrystals to modify the wavelength of light according to their size. The result of this is the generation of colors without the need for chemical combinations.

Quantum confinement was discovered in 1982 by Russian scientists. But its application in industry is relatively recent. The first QLED TVs only started to appear in 2013, with the Sony Triluminos line.

How do TVs with QLED technology work?

QLED TVs use the following structure:

In case you didn’t know, a backlight is a common component in televisions whose technology does not produce its own light. The backlight has several LED “lamps” that emit the light necessary for the production of images. The backlight of LCD TVs, for example, emit white light. In the case of QLED TVs, the light emitted is blue.

The quantum dot film, in turn, is composed of thousands of nanocrystals. They have between 1 to 5 times the width of a strand of DNA. The nanocrystal is formed by crystalline semiconductors. It is so small that it is called an “artificial atom”.

Since the frequency adjustment is done at the atomic level, quantum dots are excellent for reproducing colors very close to real colors. Thus, the images of QLED TVs are much more realistic and the screens much brighter.

Are QLED TVs better than other models? Before we talk about the pros and cons of QLED TVs, it is important to point out that there are other technologies on the market vying for the attention (and the pocket) of consumers. The most common are LCD, LED and OLED.

Panels with LCD and LED technology work very similarly to QLED TVs. Both need a backlight to work. OLED technology, in turn, uses another method to produce images. That’s why the quality of images and colors can change from one technology to another.

Therefore, for some consumers, Smart TVs with QLED technology may be the best on the market. For others, OLED Smart TVs might be better. So it’s kind of hard to say whether one technology is better than the other.

QLED, LED and LCD TVs, because they need a light source, cannot control the light so precisely. That’s why the blacks on these panels are a little grayish. On the other hand, QLED TVs have a wider color gamut, more vivid colors and a less reflective screen. So, if you are going to use the TV in a very bright environment, this type of panel may be the best choice.

So it’s not possible to say that QLED TVs are better than the other models available. It’s just different technologies for doing the same thing, displaying images on a screen. The quality of images and colors can please different people.

Advantages and Disadvantages of QLED TVs 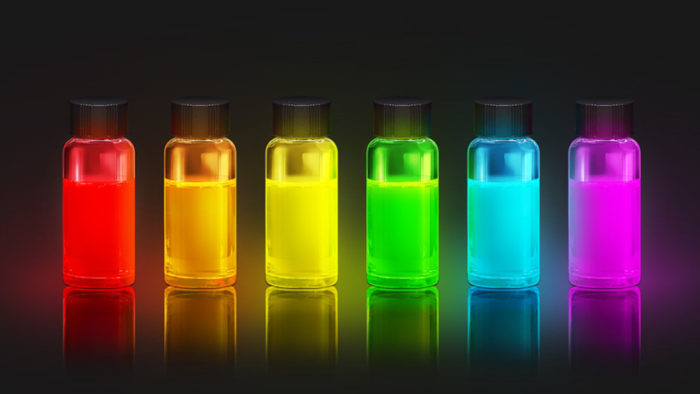 Like all technology, QLED TVs have their pros and cons. Check out each of them below:

So if you appreciate more brightness and more vivid colors, QLED TVs are a good choice. Not to mention they are cheaper. But if you can’t compromise on a good level of contrast and deeper blacks, OLED TVS are the best choice.

Not. In fact, they are far from it. At Crystal UHD TVs are the most basic models of LCD televisions gives Samsung and that reach 4K resolution (3840 x 2160 pixels).

Crystal UHD Smart TVs use an LED backlight and are cheaper than QLED TVs. The lower price is precisely due to the simpler technical specifications and the fact that the maximum resolution is only 4K. QLED TVs, in turn, have a dynamic resolution that varies between 4K and 8K. It all depends on the model.

And what are Neo QLED and QNED? There are still on the market Neo QLED and the QNED. This alphabet soup can really confuse consumers. But it’s not much of a mystery.

O Neo QLED is nothing more than an enhancement of QLED technology. Developed by Samsung, the first Neo QLED TVs were released in 2021. The backlight of these TVs use miniLEDs, which are smaller LEDs than those used in normal backlights. Therefore, the MiniLEDs can be grouped in greater numbers into dimming zones.

QNED TVs, meanwhile, are LG’s answer to QLED TVs. QNED means Quantum Nanocell Emitting Diodes. Here LG has chosen to combine the best of both worlds. That is, it uses the quantum dot film and also the backlight with MIniLEDs.

In addition, Nanocell technology, which was developed by LG itself, helps the TV to present more faithful colors and have wider viewing angles.

A very common doubt about these televisions is whether they suffer from the infamous burn-in effect. And the answer is yes. Manufacturers recommend not leaving QLED TVs displaying static images for long periods. However, it is worth noting that this is a more common problem with OLED TVs.

Another common question is whether QLED TVs are good for gaming. And the answer is also yes. Although they have a lower response time compared to other models, this does not usually interfere with the players’ experience.

In practice, when choosing a TV for games, the ideal is to check the technical specifications. Give preference to models with low response time, high refresh rate (120 Hz) and good resolution.

Previous See the audience for the Libertadores final on SBT
Next Crisis? Charles III starts selling inheritance he received from Elizabeth II