On the night that began with George Mikan’s jersey retirement, a reminder of the greatness Lakers players have achieved throughout history, the team ended with their first win of the season, beating the Nuggets 121-110.

The game didn’t start off different from what we’ve seen so far this season. The team started off by misusing their shots, missed several layups that led to easy counterattack baskets for Denver. At the end of the first period, the difference was five points. However, the one positive point that we need to highlight, was the performance of Anthony Davis. He sat out the previous game with back pain and has been fine since the ball went up in the first minute. He scored 11 points and had a perfect 5-5 lead in the first 12 minutes.

In the second period, the Lakers’ offense showed signs of life. Russell Westbrook came in very well in the second unit, and the team continued to attack the lane and secure almost half of their points there. LeBron was having a bad night, hitting just 4-11 on his shots, but the Lakers were still alive at halftime.

The third period has been a stretch of the game that the Lakers have suffered a lot. Before this Sunday’s game, the team had lost all the third periods of the previous games.

LeBron did everything he could to change that story. He started the fourth by scoring consecutive baskets and by halfway through the period he was already the team’s top scorer despite the difficult first half. To collaborate with LeBron, Lonnie Walker geared up once again, and the Lakers took the period by storm. The team finished with a 13-0 streak and was up eight points before the final period, which was also their biggest advantage of the season.

An eight-point lead is good, but no lead is safe in the NBA. The fourth period was a back-and-forth, with the Nuggets hitting straights and the Lakers responding at every turn. The team was finally focused and never let the Nuggets get any closer than five points apart.

The Lakers set produced a lot on Sunday. LeBron had 26 points, Anthony Davis had a double-double of 23 points and 15 rebounds, Russ had 16 on 6-12 shooting and Lonnie Walker’s 3-5 three-pointer was too much for the Denver team to overcome. It was just a game, but the victory was much needed. 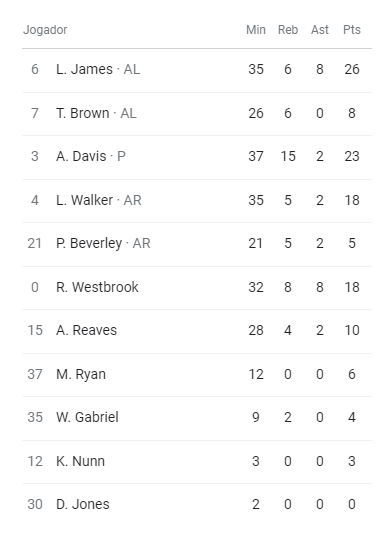 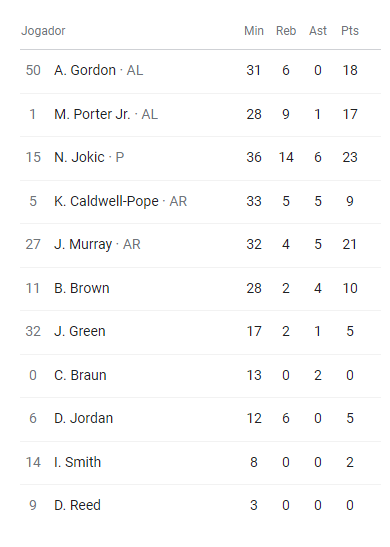