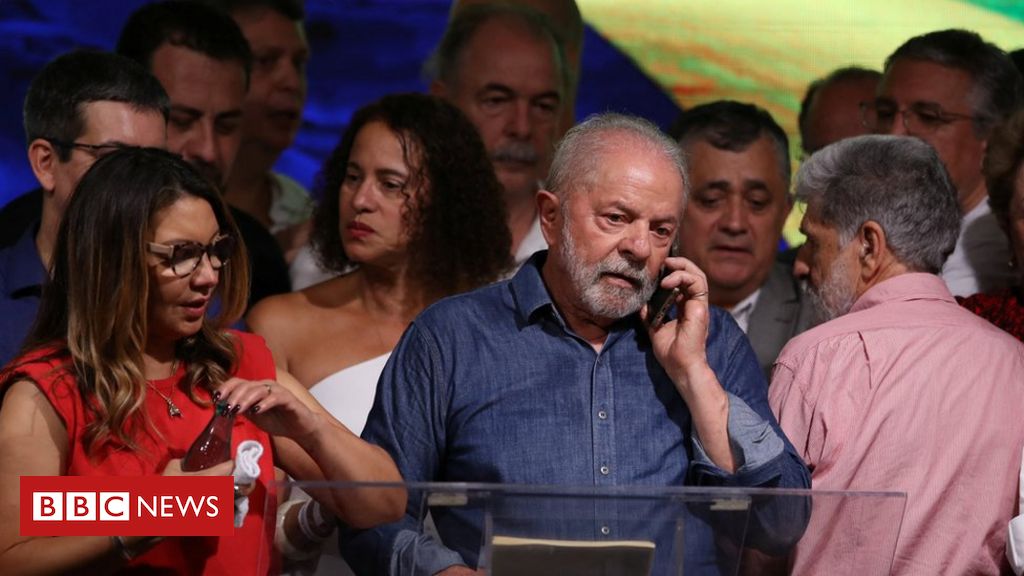 Through official notes and posts on Twitter, several governments and world leaders congratulated Luiz Inácio Lula da Silva (PT) on his election to the Presidency of Brazil this Sunday night (10/30).

The White House released two messages, one in English and one in Portuguese, on behalf of US President Joe Biden. The text confirms the suitability of the Brazilian electoral process: “Congratulations to Luiz Inácio Lula da Silva for being elected the next president of Brazil after a free, fair and reliable electoral process. I look forward to working together to continue cooperation between our countries in the coming months and years old.”

Alberto Fernández, president of Argentina, posted two photos with Lula and a sequence of tweets celebrating the victory of the PT and Brazilian democracy: “Congratulations, Lula! Your victory opens a new era for Latin American history. A time of hope and a future that begins today. Here, you have a partner to work with and dream big for the good life of our peoples. After so many injustices that you have lived through, the people of Brazil elected you, and democracy triumphed.”

The president of Mexico, Andrés Manuel López Obrador, also posted on Twitter a photo with Lula and the caption: “Lula has won, blessed people of Brazil. There will be equality and humanism.”

Chilean President Gabriel Boric shared an image posted by Lula — with his hand over the Brazilian flag — and wrote: “Lula. Alegria!”

Luis Arce, president of Bolivia, posted a photo of Lula in a motorcade and captioned: “Congratulations, brother Lula, president-elect of Brazil. Your victory strengthens democracy and Latin American integration. path of peace, progress and social justice.”

Even before the result was confirmed by the TSE, during the counting, the president of Colombia, Gustavo Petro, posted a brief greeting to the president-elect on Twitter: “Viva Lula.”

Venezuelan President Nicolás Maduro also posted photos of Lula and a message: “We celebrate the victory of the Brazilian people, who on October 30 elected Lula as their new president. Long live the peoples determined to be free, sovereign and independent! in Brazil democracy triumphed. Congratulations to Lula! A big hug!”

Uruguayan President Luis Lacalle Pou wrote: “We salute the elected president of Brazil, Lula. We trust in the work for a modern Mercosur and open to the world. Likewise, we hope to continue and improve the very good bilateral relations.”

Peruvian President Pedro Castillo, like Gabriel Boric, shared a photo that had been posted earlier by Lula. Castillo published a small text with the image: “Peru congratulates the elected president of Brazil, comrade Lula, worker, trade unionist, fighter. His triumph is fundamental to strengthen the unity of Latin America and the social justice of the Great Fatherland.”

Guillermo Lasso, President of Ecuador, also posted a message on his Twitter account: “I congratulate Lula on his election as President of the Federative Republic of Brazil. In democracy, we will continue to strengthen friendship and cooperation between our countries, for better days for our citizens. Our region continues to integrate itself into plurality.”

The President of Paraguay, Marito Abdo, also congratulated PT: “Our congratulations to Lula as the new elected president of the Federative Republic of Brazil and to our brother Brazilian people for this electoral process. We hope to continue working together for the prosperity of our peoples.”

From Portugal, Prime Minister António Costa wrote: “I have already had the opportunity to warmly congratulate Lula on his election as President of the Republic of Brazil. but also around the great global causes.”

Emmanuel Macron, President of France, posted on Twitter messages congratulating Lula, one written in French and others in Portuguese: “Congratulations, dear Lula, on your election that begins a new chapter in the history of Brazil. to face the many common challenges and renew the bond of friendship between our two countries.”

The acting UK ambassador to Brazil, Melanie Hopkins, praised the conduct of the electoral process by the Superior Electoral Court (TSE) in a sequence of tweets: “On this very important day for Brazilian democracy, we recognize the important role of institutions, in particular of the TSE in conducting the electoral process with celerity, transparency and efficiency.”

“I congratulate Lula on the confirmation of his victory as the next President of Brazil. The new President and the people of Brazil can count on the United Kingdom in this new chapter,” continued Hopkins.

The Chinese Embassy in Brazil posted that it had “become aware of the election results, released by the TSE”: “We express our warmest congratulations to President-elect Luiz Inácio Lula da Silva and Vice-President-elect Geraldo José Rodrigues Alckmin Filho. We wish you even greater success in Brazil’s development.”