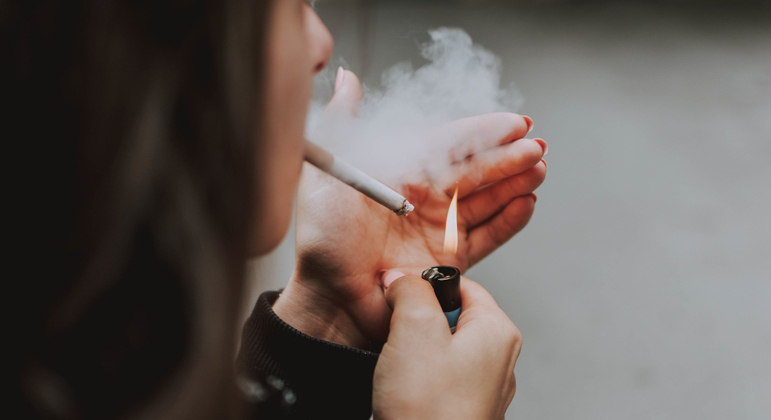 One study published in the scientific journal JAMAfrom the American Medical Association, found that people who smoke cigarettes and quit before age 35 have similar mortality rates as those who never smoked.

“It is the third large cohort study to find that smokers who stop smoking before reaching age 35 have mortality rates that are no different from those who never smoked,” commented in an editorial published in the journal, researcher John Pierce, of the Herbert School. Wertheim Institute of Public Health and Human Longevity Sciences, affiliated with the University of California.

The researchers used data from the National Health Interview Survey and the National Mortality Index, both in the US, between January 1997 and December 2018.

In total, there were 551,388 participants, with an average age of 48 years. The results showed that smoking is associated with a substantial increase in mortality for female and male smokers when compared to individuals who never smoked. However, quitting smoking can reverse the situation.

“It’s been known for a long time that the sooner a smoker quits, the better. However, it’s now possible to be more specific about the age at which a smoker should quit,” Pierce says.

Over the study period, people who stopped smoking before age 35 had reduced death rates to the level of individuals who had never smoked. This means that these people had a chance to start over.

The study also shows that smokers who stopped smoking before the age of 45 have approximately a 90% decrease in the excessive risk of mortality, when compared to individuals who continued smoking.

Quitting smoking between the ages of 45 and 64 also reduced the odds of mortality by about 66%, regardless of race and ethnicity, compared with people who decided to continue smokers.

When separated by group, non-Hispanic white smokers had the highest all-cause mortality rate.

Compared with never smokers (have not smoked at least 100 cigarettes in their lifetime), the rate in this group was three times higher.

Non-white smokers, in turn, both Hispanic and non-Hispanic, had slightly lower rates—twice the risk of mortality as never smokers.

This is possibly due to two causes: lower daily consumption of cigarettes and late onset of smoking in the group.

This information reminds us of the importance of reducing the intensity of smoking (cigarettes per day), especially in Brazil, which despite being one of the countries with a number of smokers below the average, is what people consume the most cigarettes per day – they smoke 11 or most.

“Health professionals and public health campaigns could incorporate this target age [35 anos] in their efforts to motivate young smokers to try to quit. Now, there is a close age for them to make a successful attempt to quit, and their motivation to try may increase as they approach that age.”

Previous Zambelli on gun ban: “I consciously ignored”
Next The blonde one is inspired by an icon from her childhood. Find it out! | Hair