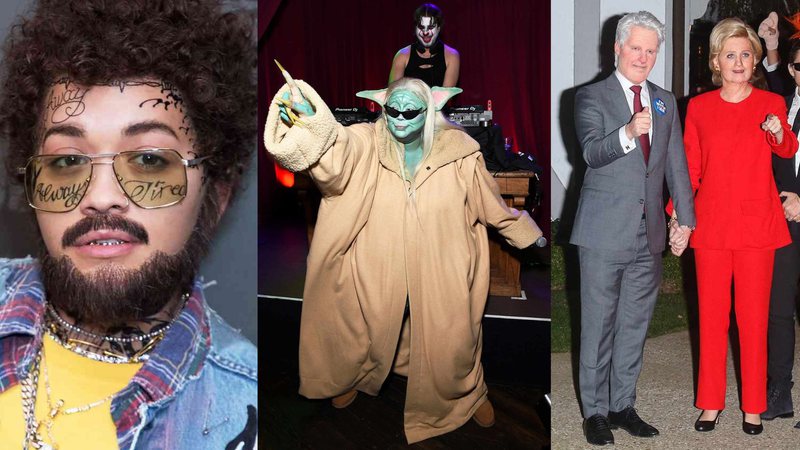 The 10 Most Crazy Creative Halloween Costumes Worn by Celebrities

Iconic Halloween costumes? We have! Celebrities are also very inspired for this time of year and give us great productions

Many of us look forward to Halloween as an excuse to get dressed up and assume a new (and sometimes frightening) identity for one night. Often the identities of our favorite celebrities. Of course, these same celebrities also outperform us each year, making their own interpretations of other celebrities and famous characters.

HFTV singles out some of the most memorable celebrity fantasies over the years. Check it out 👇

Emily Ratajkowski painted herself all yellow to play Marge Simpson in 2015.

Kevin Hart showed creativity in dressing up as The Rock in 2019.

Jessica Biel and Justin Timberlake have turned into a family of Trolls.

Former couple The Weeknd and Bella Hadid from Ghosts Have Fun in 2018.

The Vampire Diaries actress Kat Graham dressed up as Jim Carrey’s iconic character for a 2018 party.

Lizzo dressed up as everyone’s favorite Mandalorian character in 2021.

Orlando Bloom and Katy Perry were unrecognizable as they dressed up as Bill Clinton and Hillary Clinton for Halloween 2016.

Previous Crisis? Charles III starts selling inheritance he received from Elizabeth II
Next Corinthians presents itself with seven from the base before facing Flamengo