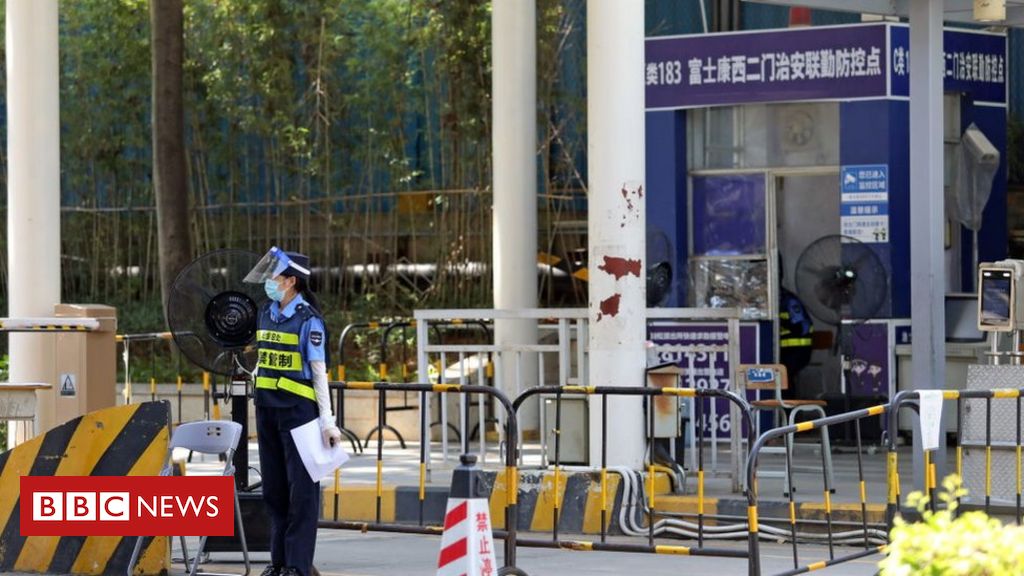 Workers have fled Apple’s biggest iPhone assembly plant in China due to a strict lockdown imposed because of a workplace Covid outbreak.

Video shared online shows about 10 desperate people jumping over a fence outside the factory, owned by manufacturer Foxconn, in the capital of central China’s Henan province, Zhengzhou.

The population of China is facing a strict lockdown policy imposed by the government of President Xi Jinping.

It is still unclear how many cases of covid have been diagnosed at the factory.

However, last week, the city of Zhengzhou detected 167 community-based infections — up from 97 the previous week, according to the Reuters news agency.

The city of around 10 million people is in partial lockdown because of this.

Foxconn, which acts as a supplier to US-based Apple, has hundreds of thousands of workers at its Zhengzhou complex.

The company said on Sunday it would not stop its workers from leaving the factory.

However, images shared on Chinese social media and by the BBC’s China correspondent Stephen McDonnell show workers fleeing the scene and starting long walks back to their hometowns, avoiding public transport.

A 22-year-old worker surnamed Xia told the Financial Times that the company’s dormitories were “in total chaos” with people held in lockdown. “We jumped over a plastic fence and a metal fence to get out of the place,” he said.

Workers also claimed the area around the factory had been closed for days, with workers who tested positive for covid held in quarantine.

Last week, on October 19, Foxconn closed all cafeterias at the Zhengzhou factory, and began requiring workers to eat in their rooms.

The company said it would keep its “normal production” of the latest iPhone 14 models.

“The government has agreed to resume on-site dining to improve employee convenience and life satisfaction,” Foxconn said in a statement Sunday.

The statement says the company is cooperating with the government to organize the departure of employees who want to leave the factory.

The BBC has contacted Foxconn, but has not yet heard back.

Because of China’s strict covid policy, cities have been given special powers to act quickly against any outbreak of the virus. This ranges from lockdowns to population testing requirements and travel restrictions.

Many had expected President Xi to abandon the legislation later this year, but at the recent 20th Communist Party Congress, he made it clear that this is unlikely to happen anytime soon.

Previous Black Friday heats up: ‘tech’ items are up to 67% cheaper | Which one to buy?
Next Mental health through the screen: Three movies about depression