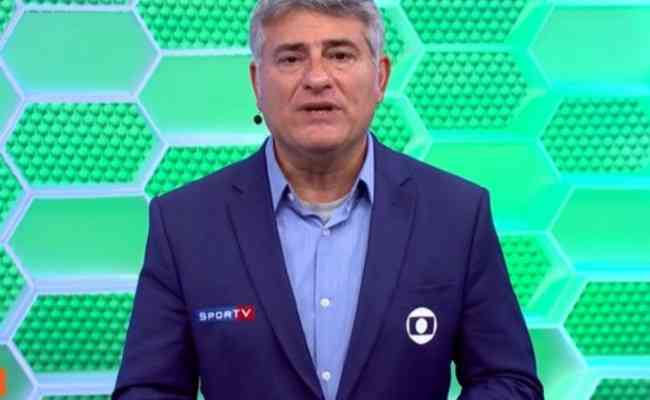 The narrator Clber Machado, from TV Globo, spoke this Monday (10/31) about the criticism received in his narration in last week’s game between Vasco and Sampaio Corra, for Serie B do Brasileiro. The journalist was questioned a lot by the tone – considered by many to be excessively discouraged – in the winning goal of the team from Maranhão in the confrontation played at the So Janurio stadium.

“Some thought it was in favor of Vasco and against Sampaio, but, please, none of that. Sampaio has a spectacular campaign, a super friendly team, played a great game. Just understand the context and the environment. players, who is transmitting is not a robot. You feel together the things that are happening. It has nothing to do with being for or against anyone, but I’m sorry who didn’t like it”, he said, during the program Bem Amigos, on Sportv.

Clber Machado tried to emphasize that the environment was all in favor of Vasco, who was about to gain access to the elite of Brazilian football. The result left the crowd shaken, as the first division round party was considered right.

“At one point the game was 2-1 for Sampaio Corra and Vasco was almost knocked out. The fourth referee lifts the 10-minute mark. That sign left the stadium in a trance and began to push energy into the field “, commented the narrator.

“Many people have said that the fan has been Vasco’s best player this season. Vasco finds the equalizing goal with young Andrey, with three or four minutes to go. It’s clear that the mood has changed. But the whole speech was for the space (with Sampaio’s third goal)”, he amended.

The defeat left Vasco under pressure in Serie B of the Brazilian Championship. Now, the team from Rio will decide the spot in the elite in the last game of the competition, in a direct confrontation away from home against Ituano. Even a draw will benefit the team from So Janurio.

Previous ‘Amsterdam’: Film with Christian Bale and Margot Robbie could become the biggest financial flop of the year
Next Windows 11 22H2 now has problems with AMD chips – Tecnoblog