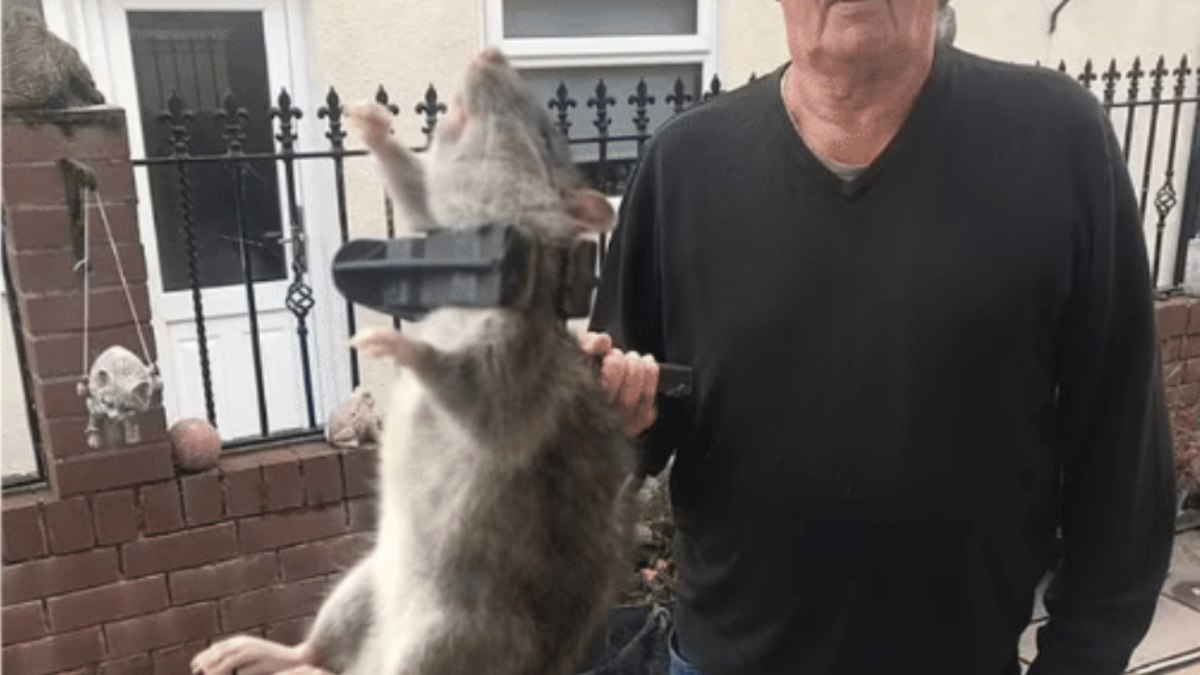 Man captures mouse the size of a human baby in England

The animal was in the garden of the home of Derek Blamire, 82, who has been battling the rodents’ appearance on the property for a long time. In an interview with the British newspaper Daily Star, the elderly man said he has lived there for about seven years and has captured more than 50 mice.

He says that he did not expect to find a mouse that reached approximately 46 cm in length, almost the size of a human baby when it is born (on average, 48 cm). The animal’s measurements caught the attention of neighbors.

The Brit believes that mice often appear on the property because they inhabit vacant lots close to the house and for the food they leave for the birds in the garden.

“I feed the birds that appear daily in the garden and, obviously, the mice will appear too. They reproduce very fast, there are the small ones, which are young, and the older ones. The young are very easy to catch, but the most old people are very smart, they don’t fall into the trap easily and they don’t eat the poison. Even so, I was lucky to catch one”, he said.

To capture the animals, Blamire temporarily stops feeding the birds, so that the mice get hungry and decide to take a risk with the trap.

“I haven’t seen any for a few days, but they will come back. They might disappear for a few weeks and then suddenly come back,” he says.