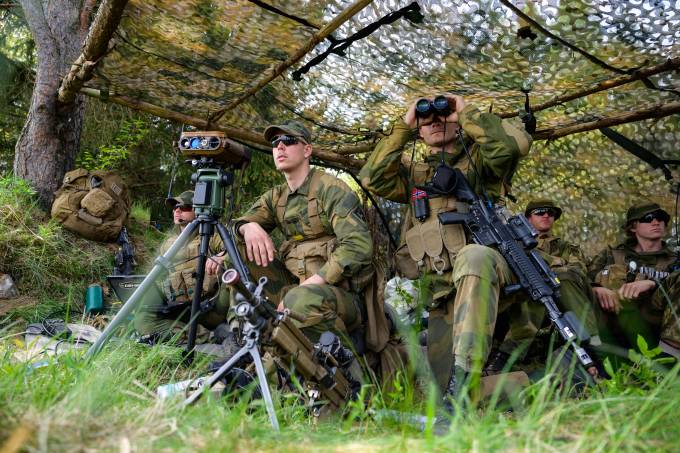 the government of Norway announced this Monday, 31, that it will place its military on a high alert level to reinforce the capacity of a rapid mobilization force in response to the war in Ukraine.

According to Norwegian Defense Chief Eirik Kristoffersen, the country will also try to put its new US-built fleet of maritime patrol aircraft into regular operation at a faster pace than initially planned.

In a speech to Reuters, Kristoffersen said there was no concrete threat that led to the measure, but the sum of uncertainties was leading the authorities to increase the country’s military preparedness. The alert scale on which the military operates, however, is confidential and the government declined to go into details.

“We have seen an escalation in the war in Ukraine and we are training Ukrainian forces. The conflict changed with the Russian mobilization. At the same time, we had the Nordstream 1 and 2 pipeline explosions and drone activities in the North Sea,” he said in an interview, adding that the new level is expected to last just over a year.

Norway mobilized its military for the first time to protect platforms offshore and land facilities following pipeline leaks on 26 September in Swedish and Danish waters and received support from British, Dutch, French and German forces.

In addition, the country’s intelligence service has already arrested seven Russian citizens in recent weeks on suspicion of espionage. The most recent case concerns a probable Russian spy who disguised himself as a Brazilian researcher to study the Norwegian defense system.

Norway, which is a member of NATO, shares a border of about 200 kilometers with Russia in the Arctic, as well as a vast marine division. The Nordic nation has also become the biggest exporter of natural gas to the European Union, accounting for about a quarter of the total after the Russian flow dropped.

“The continuation of the war and Russia’s attempts to weaken international support for Ukraine mean that all countries in Europe must consider themselves exposed to hybrid threats. Including Norway,” said Prime Minister Jonas Garh Stoere.

In practice, the change in alert level means that troops will spend less time training and more time conducting international operations, and the National Guard, a rapid deployment force, will play a more active role.

Previous Neymar will play in the Cup calmly. No threat of arrest or fine. Grupo DIS lost, once and for all, the support of the MP from Spain – Prisma
Next Series: premieres of the week in Portugal – October 31, 2022 – Television news and series