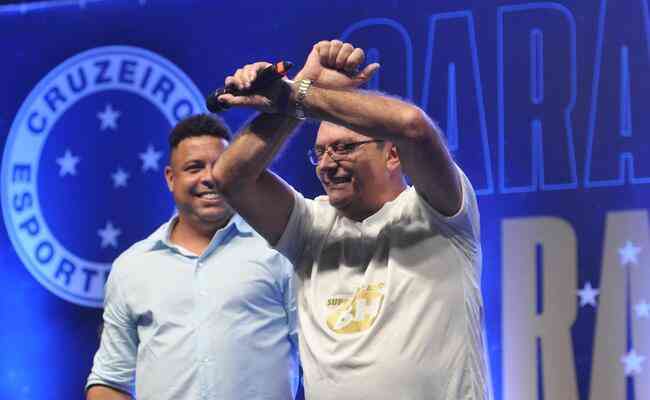 Pedrinho reveals how many players Cruzeiro will sign for Srie A

The main supporter of Cruzeiro in recent years, Pedro Loureno, owner of the Supermercados BH chain, made himself available to Ronaldo Fenmeno to help financially in assembling the squad for the next season. The businessman also revealed that the Minas Gerais club’s plan is to hire 15 to 16 players for the 2023 Campeonato Brasileiro Serie A dispute.

Although he applied to help directly in the reformulation of the team, Pedrinho, as he is affectionately called by the people of Cruzeiro, believes that it will not be necessary to make a financial contribution. He sees the club’s Sociedade Anima do Futebol (SAF) team capable of doing a job well done.

“I offered it last year, but Pezzolano didn’t want the player, because he thought he didn’t fit and he took it more from the workers. said Radio Itatiaia this Tuesday (11/1).

“The important thing is that the board is aware that we have to have players. Serie B is one thing and Serie A is one thing. So, it has to change and many players will come. I’m always available for whatever you need, but I think that you don’t need, because Ronaldo will take care of it calmly”, he added.

Pedrinho also revealed that Cruzeiro plans to hire 15 to 16 players to add to the squad for the next competitions. In the manager’s opinion, the most needy positions in the squad are defense, midfield and attack.

“We need 15 players. That’s what I talk to Ronaldo and Gabriel (Lima), the reality is this. Now, I’m going to wait for them to sign and I know they’re going to sign 15 or 16 players. We need defenders, midfielders and attackers”, he expressed.

Of the current cast, few athletes should continue on next year’s project. For this reason, Raposa is attentive and is already active in the ball market. Defender Neris was the first reinforcement announced. In addition to him, goalkeeper Anderson, from Athletico-PR, has advanced conversations to wear the celestial shirt in 2023.

“With Ronaldo, I have respect and I am very well received. We are going to do a project for Toca da Raposa II to be the best concentration in Brazil. to have the Toca well tuned to be able to have the work of the athletes, host youth and women’s games”, he concluded.

The supermarket owner had already revealed his collaboration plan with the celestial club last week, during the Caravan do Cruzeiro event, in Conselheiro Lafaiete, in the central region of the state.

Previous Twilight Is Still Popular and Expert Explains Why
Next Google Chrome: new sidebar lets you browse the results