Rival: Sport will use the result of Ceará’s trial in the STJD

Sport’s legal department will use the result of Ceará’s judgment at the Superior Court of Sports Justice (STJD) to defend itself from the possible loss of the point won in the game against Vasco, for the 35th round of Serie B, because of the invasion of the field. from the crowd.

Last Friday, the Ceará team was also at risk of losing points due to the invasion of fans in the STJD. What did not happen. 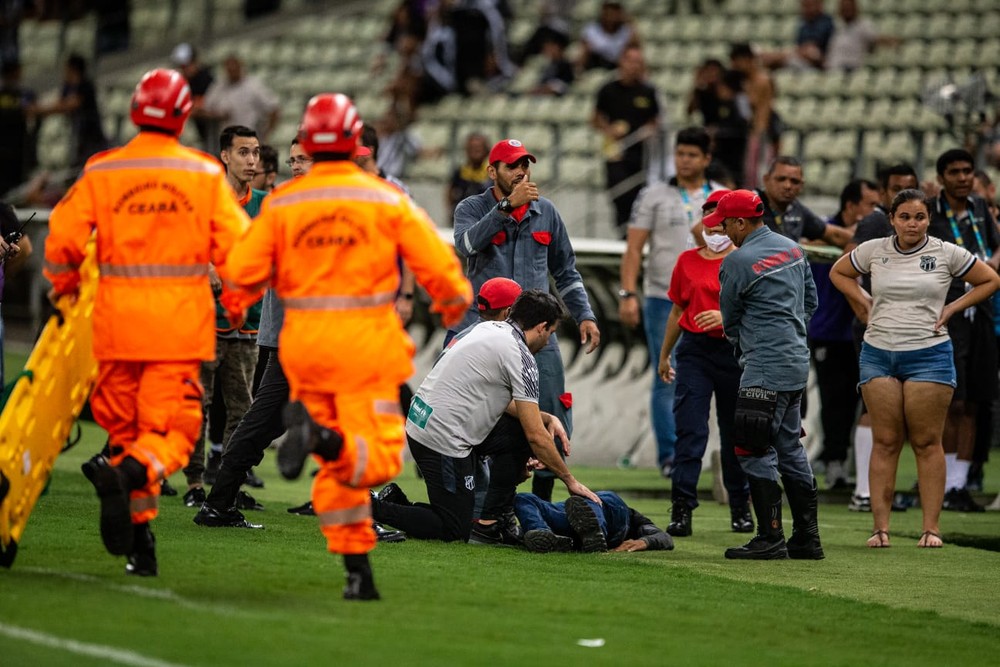 If the court has a different understanding and removes the point from Sport, declaring Vasco the winner of the match, Leão will no longer have a chance of access to Serie A, while the carioca club will be mathematically classified.

In the current scenario, Pernambuco still have a tiny chance of access, while Cruzmaltinos face off against Ituano, in Itu, playing for a draw.

Castelão vs Ilha do Retiro case

In the case of the Ceará club, there was no penalty with loss of points by three votes to two. But the auditors understood that the case was different from what happened on Ilha do Retiro, since in Castelão the confusion started in the stands and the invasion was an “evacuation plan” for people to flee the riot. It is important to note that the judging committees are different.

It is worth noting that Sport has filed a request to postpone the trial from next Thursday to after Serie B, on the grounds that the decision could influence the last round of the competition. The games involving access to Serie A are scheduled for Sunday.

“We just had the case of Ceará, which was even worse and there was no loss of starting point. We will use this case and others in our defense”, said Sport’s legal vice-president, Rodrigo Guedes.

This understanding is the same as that of the lawyer specializing in sports law Luís Eduardo Barbosa, who also points to direct interference in the fight for access as one of the reasons why the STJD should not declare Vasco the winner of the match. In fact, Bahia and Ituano have already filed a request for inclusion in Sport’s judgment as interested third parties.

– The decision in the case of Ceará is already an indication of the court that there should be no loss of points in the trial involving Sport and Vasco. The situation was serious, but not to the point of this decision – he evaluated.

However, regarding the possible fine and loss of points by Sport, Luís Eduardo Barbosa believes in severe punishment. Ceará, in this case, received a fine of R$ 100 thousand and the loss of six field orders.

“The court should adopt the maximum penalty in terms of fines. Regarding loss of command, I believe in something like six to eight games of punishment”, evaluated the lawyer.

It is worth mentioning that as Sport does not have more games to play as home team in this Series B, a probable penalty of loss of mansions should only be fulfilled in the 2023 Brazilian Championship.