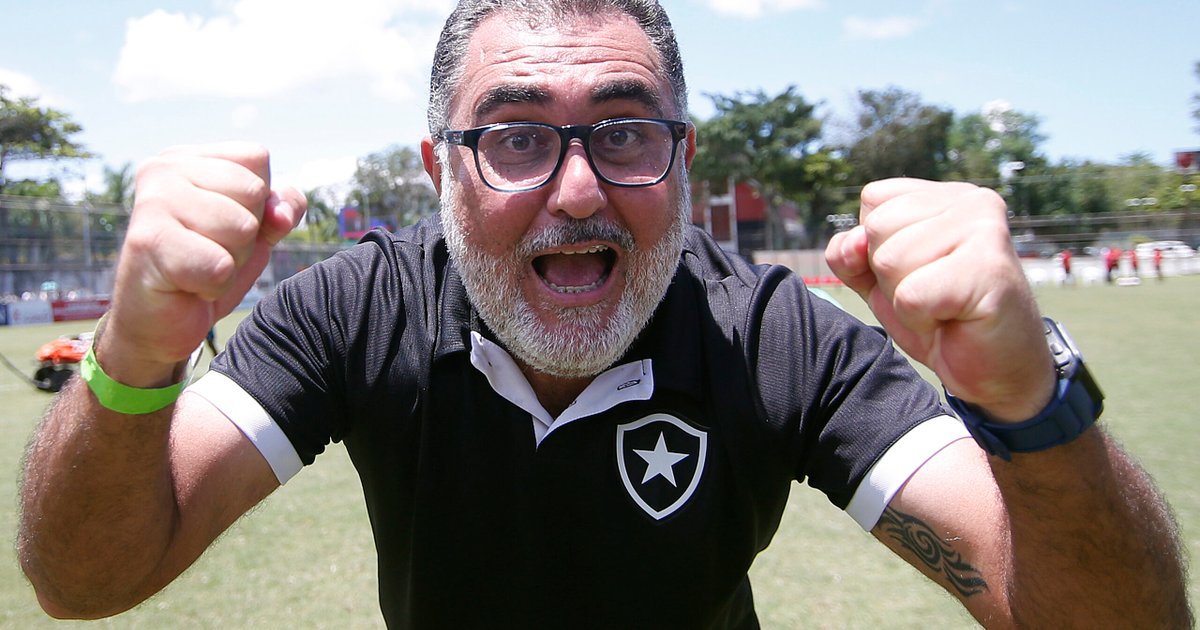 One of the great responsible for the rescue of the women’s football of Botafogothe coach Gláucio Carvalho vibrated a lot with the conquest of the Carioca Championship title this Saturday, with a new victory over Flamengo and inside Gávea. The Gloriosas ended the decision with an aggregate score of 5 to 1. Result is not just investment.

– Result is work and investment, and work was never lacking. It is the demonstration of strong women’s football, we were champions in the under-20 and in the professional. It’s a new Botafogo, it’s Botafogo Way, we’re here to stay! Thank you sir! – celebrated Gláucio while still on the pitch, in an interview with Botafogo TV, remembering a term used by John Textor to refer to the unified style of play desired in all categories of the club.

the goalkeeper Yasmin, author of numerous great saves in this Saturday’s decisive match, also celebrated the achievement a lot. Carioca’s title comes after a frustration in the first half of the season, when Botafogo was harmed against Athletico-PR and didn’t get access to the A-1 Series of the Brazilian Women’s.

– I’ve been working a lot, playing good games since the Brazilian and I think it couldn’t be different. Not getting access was a bitter taste, but we knew we’d have to work twice as hard to take that title. Everyone knows Flamengo is the team to beat, but we have a great squad. I intend to give many joys to the glorious crowd. You have to respect it, the stove is big too! – Yasmin blurted out.