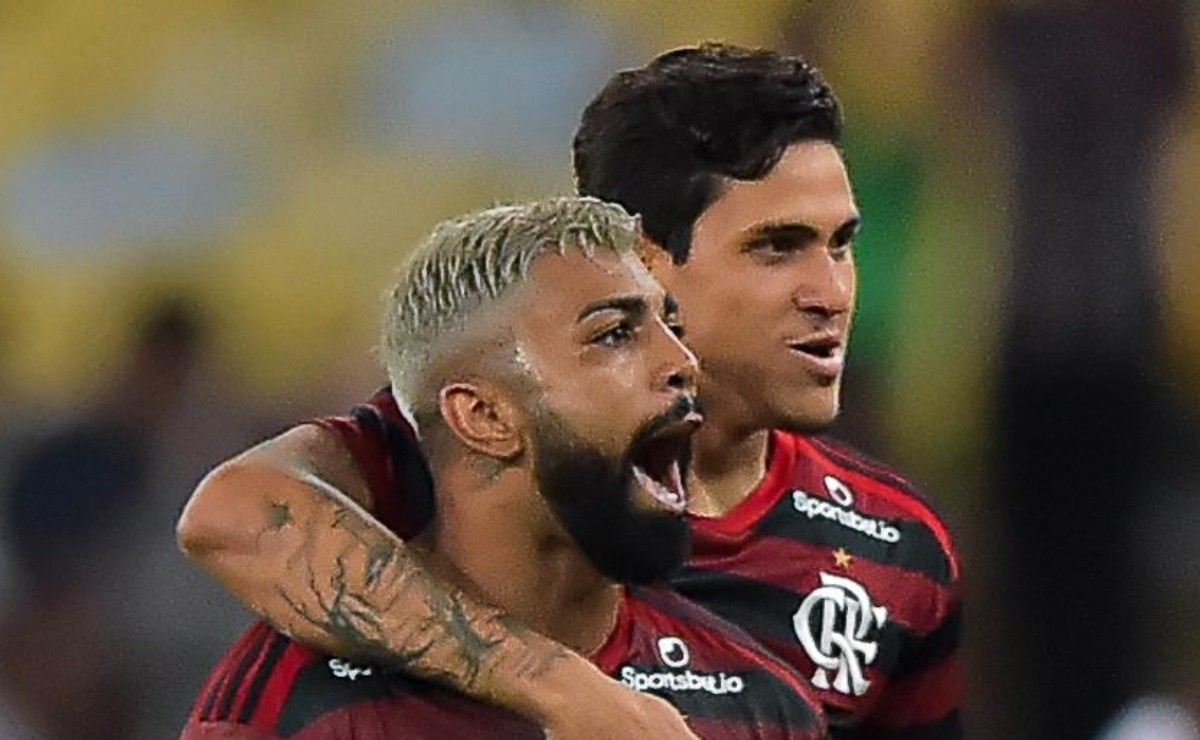 “Shadow of Pedro and Gabigol”; Flamengo ‘copies’ formula and goes after ex-Santos to play in shirt number 9 with Dorival Júnior

Pedro is at the World Cup and will certainly be highly appreciated for that. The shirt number 21 is one of two Flamengo on the list exposed by Tite today in the Brazilian National Team. Beyond, Gabigol occupies an important gap today in coach Dorival Júnior’s systemoften outside the role of a traditional number 9.

In the next season, everything indicates that Gabi will wear the 10 that belonged to Zico and was with Diego, about to say goodbye to the lawns. Dorival managed to get him and P21 to play together, something that other coaches saw a problem with Mengão. The coach wants another ‘9’ for this attack’s dispute.

Journalist Julio Miguel neto reports that Dorival Jr. approved the arrival of Kaio Jorge to Gávea, in order for the ex-Santos to be the shadow of Pedro and Gabigol. Menino da Vila suffered a major injury recently and has few minutes in 2022, but he is seen with good eyes and the board considers the market opportunity to be a good one.

“One of the players wanted by the red-black board to reinforce the attack is Kaio Jorge, from Juventus. In September, talks began. Considered a good market opportunity, the player had an important injury and little time in the year! The athlete is well evaluated in the club”, highlights the communicator.

Kaio Jorge left Peixe at a time when his contractual relationship was at an end. The Velha Senhora ended up giving compensation to Alvinegro Praiano, but far from what was desired by the high dome of Santos. In Europe, the 20-year-old player still hasn’t succeeded. The contract there is valid until 2026.