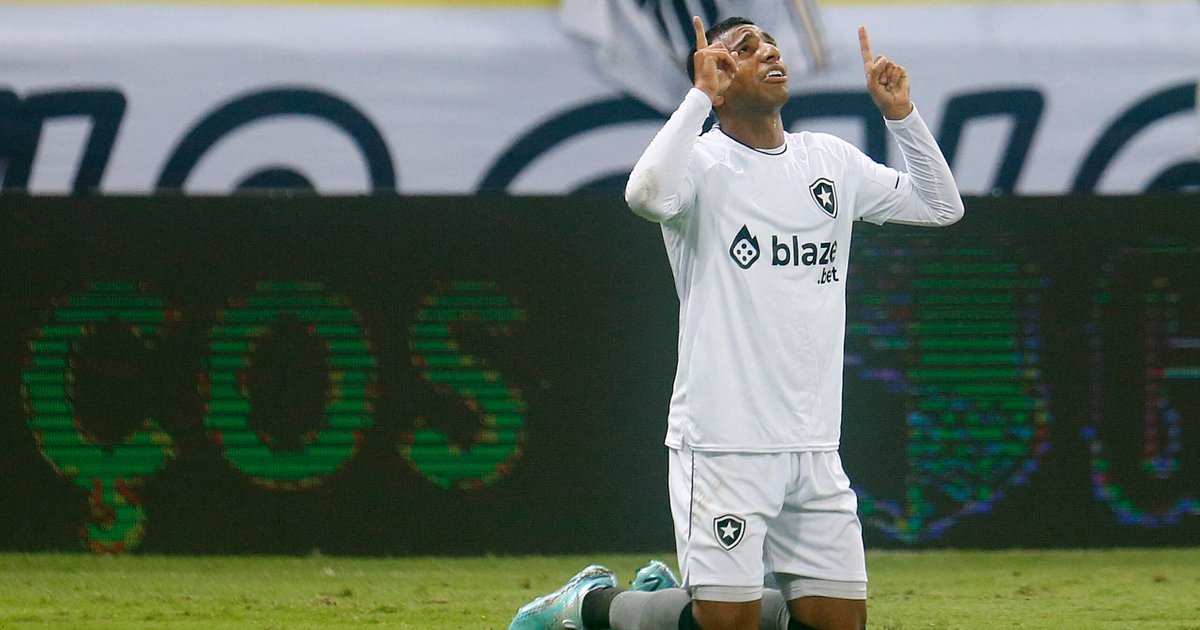 Victor Sá dreams of closing the year with Botafogo in Libertadores: ‘When I returned to Brazil, I was thinking about big things’

The victory over Atlético-MG at Mineirão replaced the Botafogo in the fight for a place in the Liberators two rounds to go Brazilian championship🇧🇷 Glorioso is in tenth position, just two points from the G-8. Scorer of the first goal in Belo Horizonte, the forward Victor Sá did not hide the desire to close the year with the qualification for the main South American tournament.

– From the beginning, Luís Castro has been very cautious, conquering objective by objective. First it was to stay, then to get the Sudamericana, and from there we know the possibility of winning the spot in Libertadores. We who are athletes aim to pursue the bigger things. There’s no way to say that before the game you don’t look at the table, see who’s winning, how many points are missing… We’re looking. When I returned to Brazil, I was thinking about big things. Libertadores is definitely in my plans, making a nice campaign in the Brazilian has always been my goal. We talk a lot among ourselves about how much we want, how much we are fighting for it – said Victor Sá, in an interview with “Seleção SporTV” this Tuesday.

One of Botafogo’s most expensive signings, still in the first window, Victor Sá also talked about his future at the club, the way he most likes to act and particularities of Brazilian football. Check out the attacker’s responses:

LAWNS IN BRAZIL
“There really is one field or another that leaves something to be desired, but the fields of Internacional, São Paulo, Arena Corinthians are very good fields. There are some fields that fall short and it’s something Brazilian football needed to think about more.”

BRAZILIAN
“When you look at it from the outside, you see that the Brazilian Championship is already competitive, after you play you only confirm that. In relation to Europe, the intensity here is still a little lower, the method of play is a little lower, but the competitiveness is very high. Every game is very difficult.”