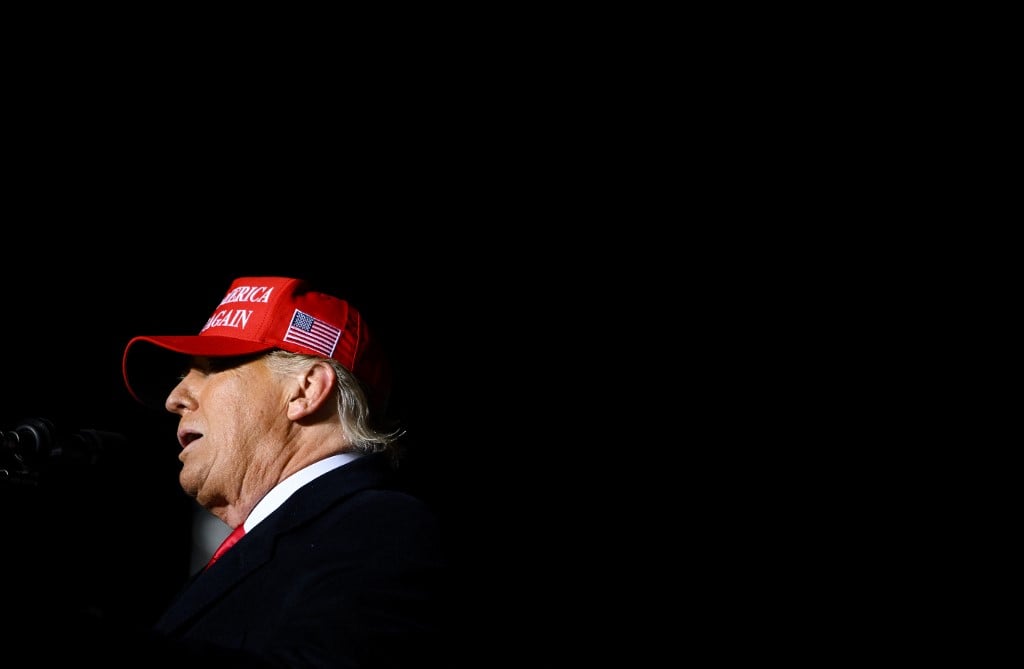 Donald Trump hoped to surf a “red wave” – the color of the Republicans –, with an eye on a new presidential candidacy in 2024 after the midterm elections in the United States, but with limited achievements and a prominent result from his main opponent within the United States. party, the former president appears to have died on the beach.

The former White House tenant (2017-2021), who hinted at the announcement of his new presidential candidacy on Nov. 2020, which he lost to Democrat Joe Biden.

But several of the handpicked candidates did not do well at the polls on Tuesday. Some even lost seats previously held by Republicans to Democrats. Analysts and some in his party blame him for the result, despite the chance to win back the House of Representatives by a narrow margin. Senate control is uncertain.

“Although in some ways yesterday’s election was a little disappointing, from my personal perspective it was a great victory,” Trump said on Wednesday on his social network, Truth Social.

But, without a doubt, the most prominent victory for the conservative side was that of Ron DeSantiswho was re-elected governor of Florida and established himself as a rising Republican star and Donald Trump’s strongest opponent for the 2024 Republican presidential nomination.

An editorial from the broadcaster Fox Newsof a conservative bias, proclaimed DeSantis as “the new leader of the Republican Party”.

Asked Wednesday about the Trump-DeSantis rivalry, President Biden said “it would be fun to see them duel.”

Although there are still no complete final results, the political map that was drawn on the morning of this Wednesday the 9th clearly does not look like what had been projected.

“It shouldn’t have been so difficult for Republicans” to regain control of the House of Representatives and the Senate, he told AFP Jon Rogowski, professor of political science at the University of Chicago. Above all, if we add the contexts of high inflation and low popularity of President Joe Biden.

“Many candidates (that Donald Trump supported) underperformed and cost their party the opportunity to win seats that should have been achievable” for Republicans, Rogowski said.

“Meanwhile, other Republican candidates with whom he has publicly quarreled have easily won their seats,” he added. One example was Brian Kemp, who was openly opposed to Trump, who kept the governorship of Georgia.

The results show that “you can be conservative, you can be principled, you can oppose Trump and win.” AFP Peter Loge, a professor at George Washington University.

“It’s really a tipping point for the GOP,” he told the network. CNN this Wednesday morning Geoff Duncan, the Republican lieutenant governor of Georgia, who has long been openly critical of the former president. “It’s time to move on,” he added.

Before the election, Senate Minority Leader Mitch McConnell was already concerned about the “quality” of candidates supported by Trump.

In view of the results, the former president could have lost his “king-making” aura. The celebrated surgeon Mehmet Oz, supported by Donald Trump, did not take the key senator seat in the disputed state of Pennsylvania.

Also in this state, the ultraconservative and anti-abortion candidate Doug Mastriano, who was in the occupation of the Capitol, was defeated in his candidacy for the government.

A notable exception was Trumpist JD Vance, elected senator from Ohio. According to media projections, more than 100 Republican candidates who do not recognize the outcome of the 2020 presidential election were elected on Tuesday to local and national offices.

Road to the Presidency

On Wednesday morning, the former president was “furious” and “yelling at everyone”, admitted one of his aides, quoted on condition of anonymity by the renowned journalist of the CNN Jim Acosta.

Trump rejected these claims in an interview with Fox News and reaffirmed that the speech scheduled for November 15 at his Florida residence still stands. “Why would I change?”, replied the former president when asked about a possible change of plans.

On that day, if Republicans get a majority in the House, Trump won’t mind “taking the credit,” predicts Rogowski.

According to the expert, with a presidential candidacy announced two years before the deadline, the former tenant of the White House would seek, above all, to take his opponents by surprise.

“If he felt he was in a better position, he wouldn’t have to show up so soon.”

That same November 15, another rival of Trump, his former vice president Mike Pence, will publish his memoirs, the best excerpts of which were opportunely published this Wednesday in the Wall Street Journal🇧🇷 In the text, Pence recounts the pressure suffered to annul the results of the 2020 presidential elections.

Previous “Cup in Qatar is a mistake”, says Blatter, former FIFA president
Next Gal Gadot, the Wonder Woman, said in an interview that she knew her Brazilian namesake Gal Costa: ‘I love her’