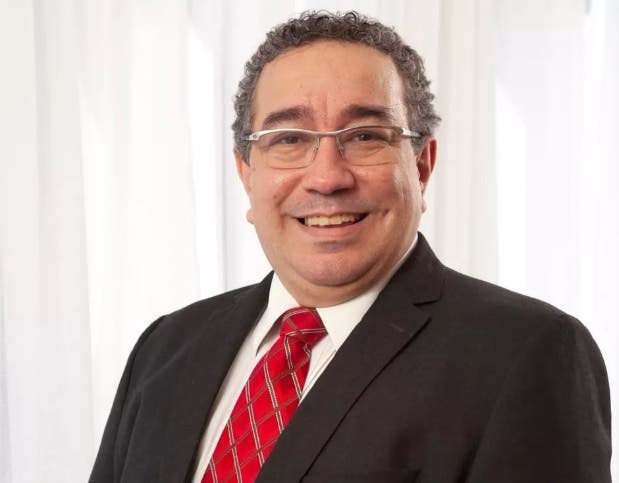 In an open letter, Arrais explains the proposal and the reason why the union with Rolim and Souto did not take place

Ademar Arrais withdrew his pre-candidacy and will no longer run for president of Fluminense in the election on November 26th. In an open letter, the lawyer explained what his proposal was and why there was no agreement for the union of opposition candidates, with Rafael Rolim and Marcelo Souto, to face Mário Bittencourt.

According to Ademar, Rolim’s counter-proposal was for Arrais to assume the general vice-presidency, governance vice-presidency and nominate the social and Council vice-presidency. In addition, Arrais would have 60 of the 200 vacancies in the Cdel, which was not accepted by the lawyer. Arrais wanted a greater balance between the parties.

Check out the letter in full:

“Tricolor friend and friend, good afternoon. More than a year ago I launched my candidacy for the presidency of Fluminense and now, with 15 days to go before the elections, I consider it important to take a look back at the political process.

Until the beginning of last September, only my candidacy was on the table. On the 12th of that month, Marcelo Souto officially launched his name.

Before that and throughout the year, we lived with strong speculation about the possible launch of Pedro Antônio’s name, largely stimulated by himself. Repeating the behavior adopted in previous elections, he publicly announced on September 19 that he would not contest the elections.

Almost a month later, on October 13, Rafael Rolim decided to launch his name, with the support of Pedro Antônio.

In more than 20 years of activity, I have demonstrated, on several occasions, my commitment to the unconditional defense of Fluminense’s interests. And this year’s electoral process has been no different.

My candidacy has always served a purpose: to fight to prevent the current, amateurish and irresponsible management model from continuing, under penalty of further compromising the future of the Club.

Therefore, I have always defended that the only possible path would be the construction of a single opposition slate. In recent weeks, there have been several negotiations between the three candidacies, and on Sunday, November 6, friend Cláudio Bruno promoted a meeting to try to help in the construction of the agreement. In addition to the host and Nelson Roberto Vaz Moreira, the three slates represented, respectively, by myself and Marcos Furtado, Rafael Rolim accompanied by Pedro Antônio, and Marcelo Souto accompanied by Rogério Miccuci were present.

Having identified that there was room for us to build an alliance, on Monday morning I looked for Rafael Rolim and presented the following proposal:

1) Rafael Rolim is the unity candidate for the opposition to the Presidency;
2) Ademar will be the Chairman of the Deliberative Council for the next three years;
3) In the composition of the slate to be registered, our group indicates 110 (one hundred and ten) names to the Deliberative Council occupying the first 15 (fifteen) seats;
4) In the composition of the slate to be inscribed, the political group of candidate Marcelo Souto would be, in advance, invited to nominate a name to occupy the vacancy of Vice-President General.

On Monday afternoon, I met with Rolim and Pedro Antônio, when they presented the following counter-proposal:

As I have done throughout the entire process, I submitted the counter-proposal to the coordination of my campaign. Unanimously, she was rejected.

Our understanding is that an alliance needs to be built with the basic principle that the parties are represented in a balanced way. Otherwise, we would be facing a mere adhesion.

In our view, the presidency represents the executive power and the Deliberative Council (DC) is the legislative power in the Club.

That’s why, when we proposed to give up the plate head, our understanding is that in order to maintain the balance between the two groups it would be essential that we had our participation valued in the CD. We need to recover the role of the CD, which in the current administration became a mere auxiliary body of the Club’s presidency.

Note that the suggestion made by Rolim and Pedro Antônio to appoint, simultaneously, the chairman of the board, the majority of the members of the CD and its presidency, ends up maintaining this original vice.

Unfortunately, so far we have not been able to build a single opposition slate. I reaffirm that, for me, the interests of Fluminense are above personal interests.

Therefore, thinking again about Fluminense in the first place, I officially announce that I am giving up my candidacy in a timely manner so that the other two opposition candidacies can unite in an indispensable movement to have any chance of defeating the archaic, amateur and irresponsible management. represented by the candidate in the situation.

In this sense, I reiterate that the implementation of a new model (for example, the SAF) needs to be preceded by an in-depth audit carried out by one of the companies of the “big four” group, in addition to the other necessary corporate studies, with the due and essential approval by the Deliberative Council and the General Assembly.

My special thanks to those who lent their name, signing a form for the nomination of the slate. From now on, feel free to decide which way to go.

I also register my repudiation of the lies uttered by some people with the intention of undermining my candidacy and reaching me personally. Anyone who knows me knows that my history at the Club and outside it is marked by straightness in the fulfillment of ethical principles and values.

Finally, I want to thank my family, the professional team, the dedicated campaign coordination, the partners, fans, advisers, benefactors and especially Dr. Celso Barros, to former president Dr. Roberto Horcades and former president Dr. Francisco Horta. Without the dedication shown by all, it would not have been possible to convey our ideas and proposals to the members and fans.

We will continue in the fight for the Fluminense that we all want and dream of.