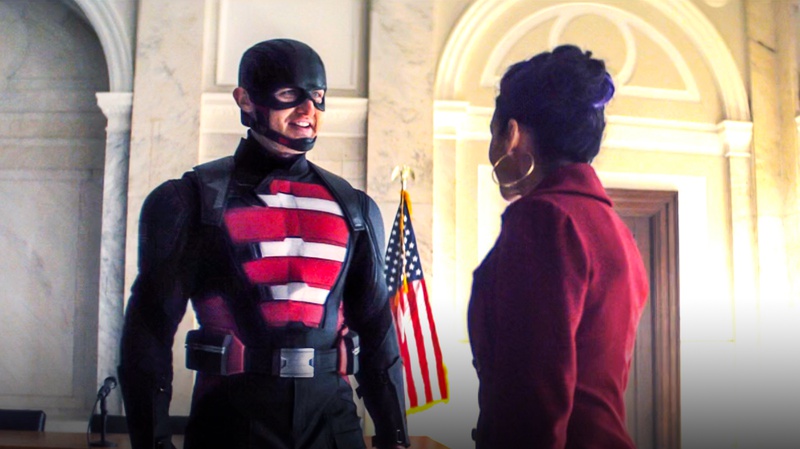 ‘Falcon and the Winter Soldier’: Wyatt Russell is looking forward to the return of US Agent in the MCU

Wyatt Russell was introduced to the MCU in ‘Falcon and the Winter Soldier’giving life to John Walker, an exemplary soldier chosen as the new Captain America.

However, the character ends up being removed from the post after taking the Super Soldier serum and murdering a terrorist, tarnishing the legacy and Steve Rogers.

Still, the character will have a mysterious future in the MCU, as he was recruited by Valentina Allegra de la Fontaine (Julia Louis-Dreyfus) for a secret mission.

During an interview for the The Hollywood Reporter 🇧🇷via Comic Book🇧🇷 Russell broached the subject and said he’s looking forward to donning the US Agent costume again.

“I really enjoy playing the character and my experience working with Marvel has been an unbelievable collaboration alongside Anthony Mackie, Sebastian Stan and [a diretora] Kari Skogland. The teams they have there are amazing and that’s why they do great things. I’m looking forward to doing it again. We will see.”

Rumors pointed out that Val would be putting together a secret team, which could lead to the creation of the Thunderbolts or the Dark Avengers.

But nothing is confirmed yet, so we can only wait for updates.

Meanwhile, it is worth remembering that all episodes of ‘Falcon and the Winter Soldier’ are already available on disney+🇧🇷

Following the events of ‘Avengers: Endgame’Sam Wilson/Falcon and Bucky Barnes/Winter Soldier team up on a global adventure that tests their skills – and their patience – in ‘Falcon and Soldier wintry’🇧🇷

5 films that reflect on non-monogamy