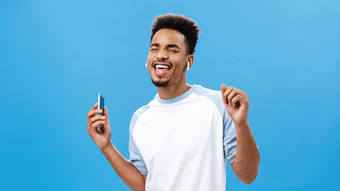 More than 1 billion young people could experience hearing loss in the next few years; know why – News

It is enough to walk through the streets of any city, notice public transport or have a young person in the family to discover that, at most hours of the day, they have headphones at the highest volume.

What seems like a harmless habit can cause problems. A study published this week in BMJ Global Health Journal shows that an estimated 1.35 billion people between the ages of 12 and 34 are at risk of significant hearing loss due to spending time in noisy entertainment venues and increased use of headphones.

“The risk of hearing loss depends on the intensity of the sound [volume], duration and frequency of exposure. Situations such as music concerts, parties with loud music and the use of headphones can put our hearing at risk”, explains otorhinolaryngologist Eloá Lumi Miranda, from Hospital Edmundo Vasconcelos.

Researchers from the University of South Carolina, in the United States, focused on 33 articles published between 2000 and 2021 on the hearing habits of individuals aged 12 to 34 years.

In total, responses from more than 19,000 respondents from 20 countries were analysed, with 35 compilations of listening records.

The surveys were selected and divided into two groups: 17 studies focused on the use of headphones and 18 on music entertainment venues.

The estimate of the world population between 12 and 34 years old, around 2.795 billion people, was used as a basis.

Scientists calculated that 48% of young people were frequently exposed to loud noise in entertainment venues, which is equivalent to approximately 1.35 billion individuals.

In the case of personal listening devices, 23.81% of young people are exposed to excessive noise with headphones.

The WHO (World Health Organization) and the CDCs (Centers for Disease Control and Prevention) in the United States warn that prolonged exposure to noise above 70 decibels damages hearing, and loud noises above 120 decibels cause immediate damage. to the ears.

Ideally, keep noise exposure below 75 decibels over an eight-hour period.

“The sound level considered safe for adults is 80 dbA for a maximum of 40 hours a week, and 75 dbA for children. As the volume increases, the safe exposure time drops dramatically. For example, 80 dbA per 40h a week is equivalent to 100 dbA for just 16 minutes a week”, warns Eloá.

Given these rates, the researchers stated that “there is an urgent need for governments, industry and civil society to prioritize the global prevention of hearing loss, promoting listening practices. Global standards, recommendations and WHO toolkits are available to help in the development and implementation of public health policies and initiatives to promote safe listening around the world”.

For the otorhinolaryngologist, “keeping the headphone volume as low as possible and never above half” is essential to prevent damage, since “hearing loss caused by exposure to noise is irreversible”.

The specialist also warns that, in addition to impacting the person’s quality of life in the long term, hearing loss is a risk factor for the development of dementia.


Here are seven tips for healthy aging and living longer