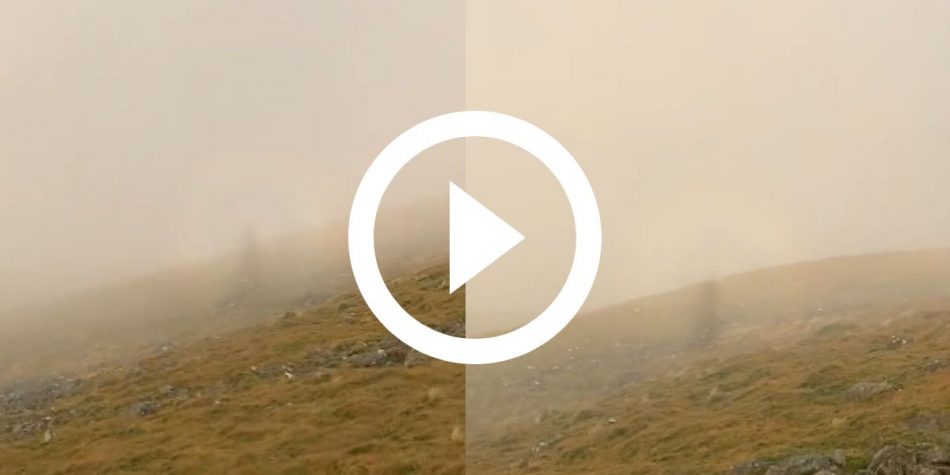 VIDEO: Climber gets scared when he catches a ‘ghostly’ shadow next to him on a mountain

Climber Chris Randall was startled to realize that a “ghostly” shadow was accompanying him as he climbed the mountains of the Lake District, UK. The athlete recorded the moment on video, which already has more than 3 million views on social networks.

My first Brocken Spectre. Creepy to see it out the corner of my eye and think it was someone else moving pic.twitter.com/j38PhwGZqE

The frightening sight was actually a Brocken Spectrum – a rare weather phenomenon that occurs on an overcast day when the sun is behind the observer. The phenomenon causes the person’s shadow to project forward through the mist while hitting water particles in the air, becoming what looks like a ghost.

“I do a lot of hill walking, it’s quite common in the mountains. I’ve been trying to catch one for years, the weather conditions have to be right for one to appear,” Chris told DerbyshireLive.

“The Brocken Specter gives the impression that you have a dark presence walking beside you, that comes and goes with the mist and light,” commented the climber.

The term “Brocken spectrum” was coined in 1780 by Johann Silberschlag, a German natural scientist who frequented the Harz Mountains. The term has been popularly used throughout literature, mentioned in works by Samuel Taylor Coleridge, Charles Dickens, and Lewis Carroll, among others.

The video went viral on social media. In his post, Chris states: “My first Brocken spectrum. Bizarre to see it out of the corner of my eye and think something is walking with me.”

“That would have scared the shit out of me,” said one follower. “This is amazing and terrifying,” another person commented.

Previous OneXPlayer 2 announced by the brand with Ryzen 7 6800U processor and 2.6K screen
Next “I think all the records I release are my most and least autobiographical” ‣ Threshold Magazine