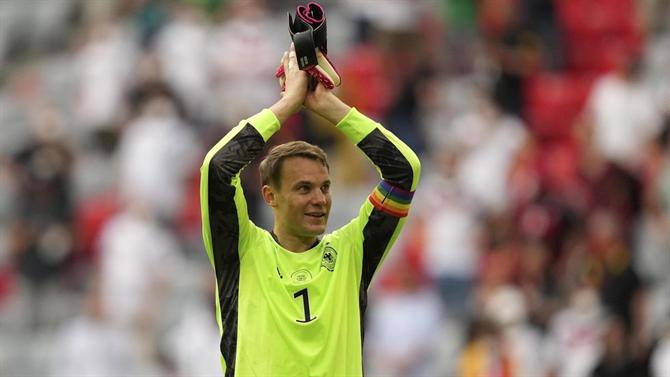 THE BALL – Controversy is about to last: Germany takes FIFA to court (World Cup 2022)

The issue of armbands with the One Love symbol is far from being resolved. The Bild newspaper reported yesterday that Germany is willing to fight and announced that it will file a Provisional Request for Legal Protection at the Court of Arbitration for Sport (TAS) in Lausanne to avoid FIFA’s threats, through the voice of President Gianni Infantino, that teams that went against the guidelines would have sporting penalties.

Infantino did not materialize, he did not say whether FIFA would be thinking of forcing the refereeing teams to show a yellow card to team captains who had the symbol on their armbands or whether it would be willing to punish with defeat the selections that presented themselves with visible symbols of this campaign.

The spokesperson for the German federation, Steffen Simon, announced the intention to file a complaint with the CAS and said why: “FIFA has banned us from defending diversity and human rights. And he did so with massive threats of sporting sanctions, without specifying them. The federation is checking whether this action is legal.”

The analysis of the German arguments will last 48 hours, so in today’s game, against Japan, captain Manuel Neuer will not wear the much-publicized armband, but on Sunday, against Spain, the Germans hope that the decision of the TAS will allow it to be used on the arm of the goalkeeper the heart with the colors of the rainbow.

“Forbidding a message of love is a big mistake by FIFA. It is heartbreaking for all fans how FIFA is waging this conflict behind the players’ backs. What is happening is that he is making threats to prevent them from defending tolerance », he said.

Faeser argues that this was the moment for European countries to unite: “It must be possible to show diversity openly. And it is more than a pity that the European associations did not oppose this together. That would have been an important sign. Right now it’s all about attitude… by everyone, especially the federations!”

Faeser has the sports portfolio and it is in that capacity that he adds one more argument and justifies his presence in Qatar for today’s game with Japan: “As Minister of Sports I have a responsibility: for the fans and for our team in Germany. I want and will continue to address difficult human rights issues and that is what I will do on the ground. I will support our team with all my passion. That’s why I’m going to watch the first game against Japan.”

Previous Guy Ritchie’s ‘The Gentlemen’ Netflix Series: Filming In Progress And What We Know So Far
Next Drones bomb Crimea, according to Russian-installed officials