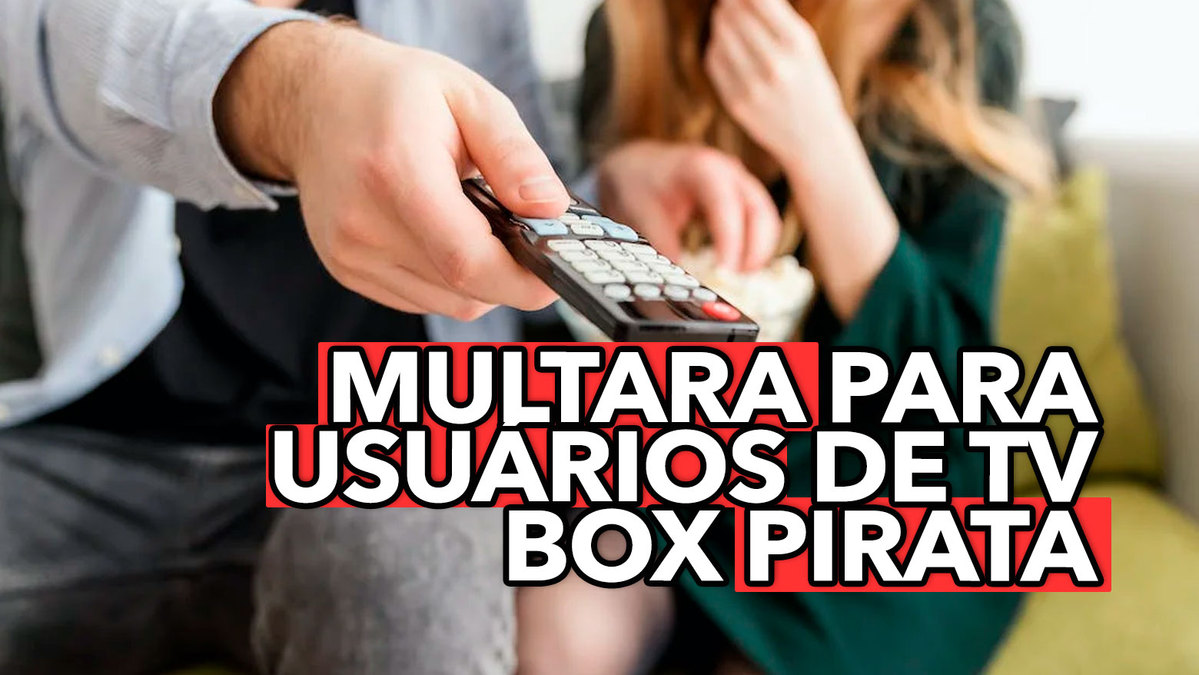 Brazilians who use pirated TV Box can be fined by Anatel; understand!

Anatel (National Telecommunications Agency) announced that it will fine users who use pirated TV BOX. In summary, these are those devices not approved by the Brazilian regulatory agency. Box TVs and signal repeaters are among the main devices that arrive in the country in expressive quantity without going through any homologation.

In turn, the absence of this process, as the agency points out, can translate into equipment that steals data and generates DDoS attacks. Furthermore, the agency points out that the goal is to intensify the battle against pirated TV Box and IPTV (Internet Protocol Television) signals. Want to know more about? So, see below.

Namely, Anatel will act not only against those who sell such products, but also against those who use them. In view of this, the fine for using an uncertified TV box was set at R$ 110, which can be applied to both individual (PF) and legal (PJ) users who are classified as MEI (Microentrepreneur).

In addition, even with guidance on imposing a fine, the process, in practice, should happen in rare cases. This is because this directly depends on a complaint for the agency to proceed and investigate the case.

Someone would, for example, have to be at your house, identify that the device is not homologated, and then file a complaint with Anatel. On the side of equipment suppliers, the rigor is even greater, and the fine can reach R$ 30 million!

According to data from Anatel itself, in the last five years, 1.2 million pirated TV boxes were seized. Only from January 2021 to date, 857,000 units have been out of circulation. In addition to the seizure of equipment, Anatel is also studying, via public consultations, defining the criteria for a TV box to be credited as official.

See more: Looking to buy a TV on BLACK FRIDAY? Learn how to choose the best model

Briefly, the approved devices are those with the famous seal with the agency’s logo. That is to say, he has passed a series of tests. Most of them, in turn, were made by the General Accreditation Coordination of the National Institute of Metrology, Quality and Technology (Inmetro) and qualified by Anatel itself.

Among the tests carried out, those aimed at analyzing the performance and quality of the equipment stand out. This checks, for example:

The latter aims to verify whether the equipment exceeds the limits for the emission of electromagnetic disturbances. This is because, if it exceeds, it will be harming the functional performance of other equipment that are in its environment.

Finally, in addition to the seal, a visual element that attests to the homologation, the device also receives a 10 to 12 digit number. In case of doubt, citizens have the option of consulting the Agency’s Certification and Homologation System (SCH), at https://bityli.com/ZZYYQrPX.

See more: Can using IPTV signal lead to jail? Find out what is written in the LAW!

Previous Atlético-MG gives up on Rodinei; side negotiates with Grêmio
Next Xaviera de Mar do Sertão, actress reveals inspiration in Disney film