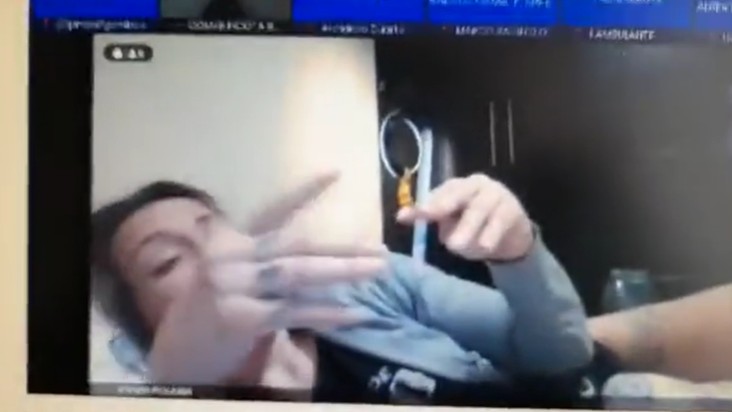 Colombian judge Vivian Polania, 34, was suspended for three months after appearing half-naked and smoking in bed during a court hearing via Zoom. She turned off the camera after being tipped off by a colleague, but it was too late. The information is from the Daily Mail.

One of the lawyers who participated in the hearing filed a formal complaint, which led to an investigation by Colombia’s National Commission of Judicial Ethics.

The case was to try a man detained for a terrorist car bomb attack in June 2021.

“It is the duty of this commission to avoid repeating the judge’s contempt for the investiture in her office and the contempt she showed with her peers at the Public Ministry, the prosecution and the defense. We find no justification for the judge to have appeared in such deplorable conditions when she had the facilities of her own home and all the necessary amenities to prepare for a public hearing adequately and with the respect that such a hearing deserved,” it reported. the commission.

This is not the first complaint against the judge, some colleagues from work criticized her for her posts on social networks in which she appears showing her tattoos and wearing thong lingerie.

“Not all judges, lawyers and other state officials are the same. What I wear and show on my social media is my decision and I’m not going to change anything,” she said at the time of criticism for her disclosures.

Previous Even with the elimination of Paulisto, Corinthians still have one more title to dispute; understand
Next The current Netflix series that are most successful among subscribers