The World Cup in Qatar has been the talk of the moment. In Brazil, the transmission of the biggest football event on the planet gained a special look on social networks.

However, nobody comes close to Diogo Defante. The Brazilian youtuber was sent to Qatar in person, but has drawn attention for challenging the rules of the Islamic country, known for its extremely conservative stance. After all, is he going to be arrested or not?

About 70% of the population of Qatar consider themselves Muslim and practice the laws and customs dictated by Islam, which includes a dress code based on the Koran, in which women are only allowed to leave their faces and hands on display, for example. .

Due to religious precepts, Qatar does not allow the consumption of alcoholic beverages, is intolerant of the rights of the LGBTQIA+ community, prohibits filming people in public, prohibits showing affection in public and shaking hands.

None of that, however, seems to bother Diogo Defante, who has been in danger on Qatari soil by breaking the rules of good coexistence in the eastern country.

Defante was sent to the country as a special reporter for the channel of stramer Casimiro Miguel. The youtuber, who became popular in Brazil for his videos with unpredictable behavior to say the least, and calls himself a “crazy reporter”, has maintained his essence on Qatari soil, which has aroused the curiosity of Internet users, who are playing with the possibility of the Brazilian being “arrested at any time”.

Defante himself joked about the chance of being detained when he announced his trip to Qatar to cover the World Cup. At the time, he mocked the rules and said that “this is going to be shit”, but traveled anyway. “Cheer for me and whatever God wants… or Allah. It’s Allah there, right?” he said, in a humorous tone.

more likely he’ll come out as owner of qatar, the guy was petting the sheik’s lion

What rules has Defante challenged?

In his first days in the eastern country, Diogo Defante already circumvented several rules that could lead him to prison, which has not yet happened to the happiness of the public and relief of the youtuber. Casimiro himself plays with this fact, when he emphasizes that the reporter “has not yet been arrested” and, therefore, continues to cover the event.

Swearing is prohibited in Qatar, but Defante doesn’t mind. Filming people in public? Several recordings have already been made by him in this regard. Dancing with women? What else is there are videos of YouTuber enjoying Qatari music surrounded by a lot of people, including women. clothing? Not even remotely recommended for Qatari men. Ah, it’s worth remembering that he already managed to arrange a drinking scheme and even smoked hookah.

Playing with lion. In his inserts on “Cazé TV”, Diogo Defante has accumulated unusual moments. In one of them, he played live with a lion cub owned by a sheik by stroking the feline’s head, which threatened to bite him, which left him scared, “with the c * in his hand”.
Check out:

Previous Official ball for the 2022 World Cup is manufactured in a city known for labor exploitation | Economy
Next Even faster: Galaxy S23 may have Qualcomm’s new Sonic Max 3D sensor 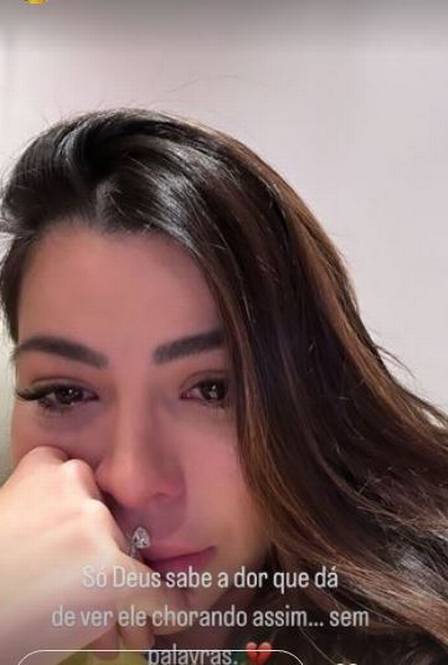 As announced the day before, the Botafogo is scheduled for the friendly against crystal palace …