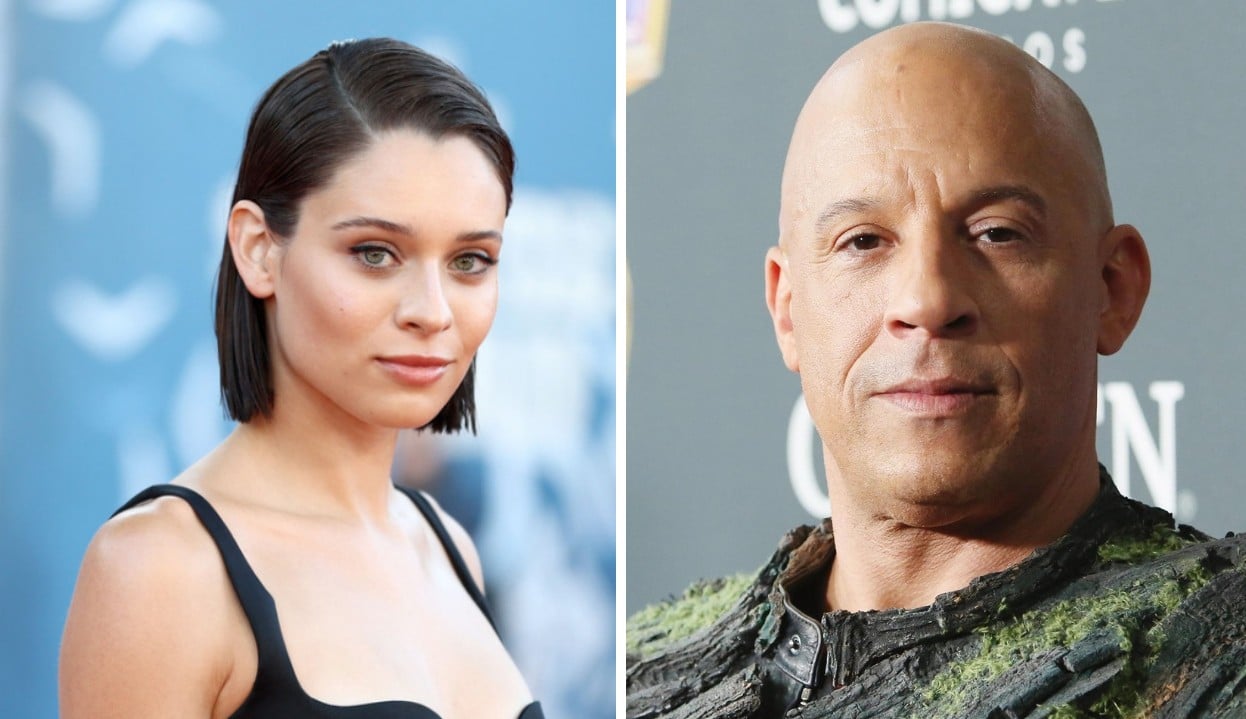 Vin Diesel and Daniela Melchior share a moment together

The Portuguese actress, Daniela Melchior, a pleasant surprise to the world of cinema with her performance in The Suicide Squad (2021), is in the cast of yet another successful franchise for the big screen, this time the production is Fast and Furious 10.

With that, the actress has already been publishing about her new work and on Saturday (25/06), Daniela published a “cute” moment behind the scenes with the star of the feature, Vin Diesel, where she seemed to be making up the big star.

Daniela Melchior, born in Lisbon, Portugal, is only 25 years old and has a lot of talent to show the world of cinema.

The franchise was created in 2001, featuring a series of action scenes revolving around illegal street racing, heists, and various other mediums. And after 20 years the franchise remains at full steam.

And when it comes to casting, the producers have never skimped. With additions, departures, returns and losses, the cast of the franchise had big names like Gal Gadot, who left to play Wonder Woman and the unforgettable Paul Walker who died in the middle of the recordings of Fast and Furious 7, where the production of the feature honored him and thrilled fans all over the world.

And this new production will be no different, the casting will not leave anything to be desired. In addition to Daniela Melchior, we will see names like: Jason Momoa (Aquaman), Brie Larson (Captain Marvel), Alan Ritchson (Reacher) and Rita Moreno (Amor, Sublime Amor). In addition, of course, to the names already known to fans of the franchise such as Charlize Theron, Michelle Rodriguez, Tyrese Gibson, Scott Eastwood, Jordana Brewster and Sung Kang.

Directed by Louis Leterrier (The incredible Hulk🇧🇷 Fast and Furious 10 will open on May 19, 2023.

Previous After Violent Conflict, iPhone Factory Apologizes; see pictures – 11/24/2022
Next Neymar is replaced and cries in pain on the bench