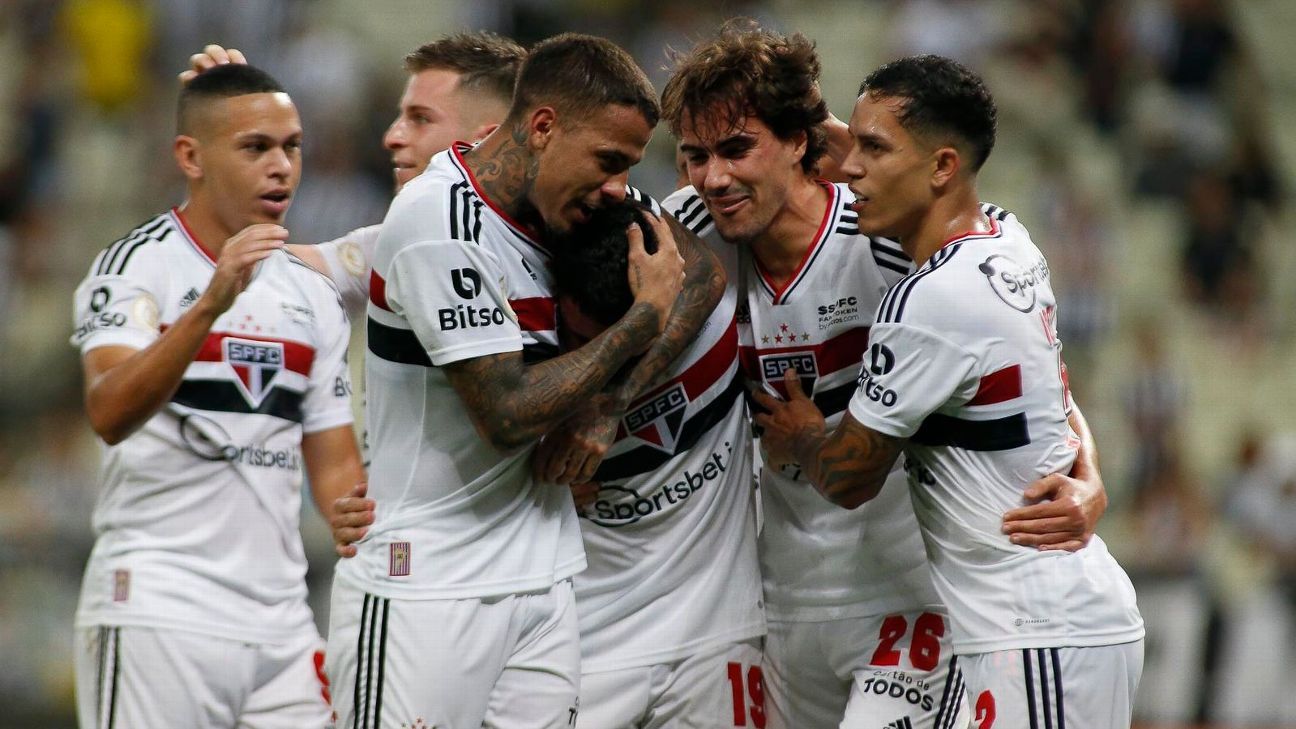 ‘I have to say goodbye in a strange way’

Nahuel Bustos was loaned to São Paulo until June 2023, but it was not in Rogério Ceni’s plans

The short passage of Nahuel Bustos through Morumbi has come to an end. This Thursday night (24), the Argentine striker surprised everyone by announcing his departure from the Sao Paulo through a cryptic post on social media. The tricolor club has yet to comment.

“Saying goodbye is never easy, so I took a few minutes to say a few words to all the tricolor people. I have to say goodbye in a strange way, but I’m calm because I know I gave my all every time I defended the jersey Sao Paulo“, wrote Bustos, who continued:

“We decided to take a break, step aside, we think it’s the best thing for everyone. I’d like to thank you for the time we spent together. To the club for the trust, to my teammates for fighting with me until the end, thanks to the fans for the support and affection you have shown me. I feel very honored to have worn these colors!”.

borrowed by City Football GroupNahuel Bustos arrived at the Sao Paulo in August and had few opportunities with coach Rogério Ceni. There were just nine games and a goal scored, in the tricolor victory over Cearáby 2-0, on September 18, for the 27th round of the Brasileirão🇧🇷

The loan contract would end in June 2023, but the departure was anticipated because the striker was not in Rogério Ceni’s plans. As found out by ESPNthe fate of Nahuel Bustos will be Tallereswhere it emerged for football.

In addition to Talleres and Sao Paulothe 24-year-old striker passed through Pachuca and in the last two seasons had defended the Gironawhere he scored 13 goals in 81 appearances.

Before Nahuel Bustos, the tricolor board had announced the departure of five players: defender Miranda, left-back Reinaldo, midfielder Andrés Colorado and forwards Marcos Guilherme and Éder.