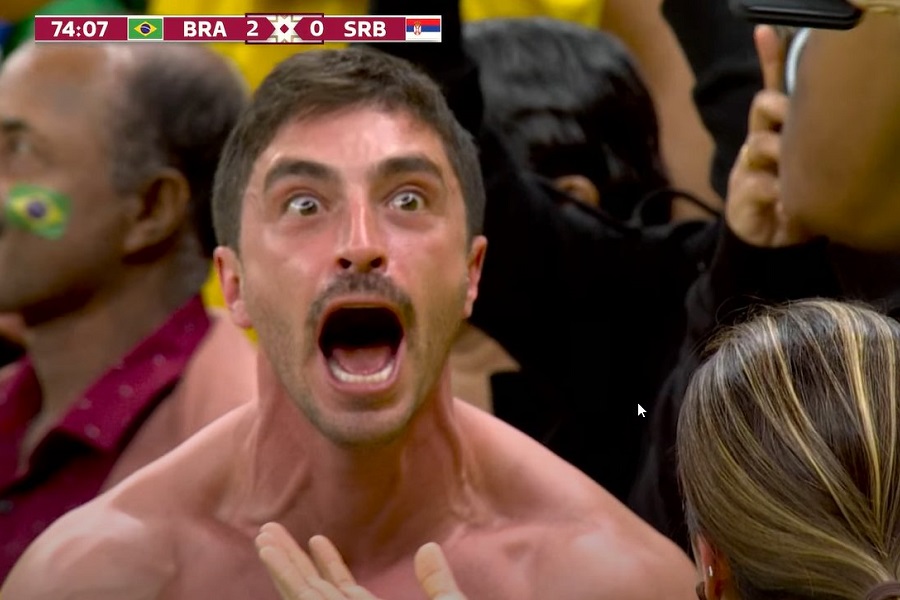 Brazilian who went viral in celebration of a goal has lived in Qatar for four years: ‘absurd atmosphere’ – 11/25/2022 – Notícia

When the transmission showed the celebration of the Brazilian fans after Brazil’s second goal against Serbia in the World Cup in Qatar, a fan called attention for the effusiveness in the vibration. It was no wonder, this is the first World Cup that veterinarian Clovis Carvalho Júnior, 35, attends in person. He has been living in the Arab country for four years, where he works.

The veterinarian used to live in Arealva, in the interior of São Paulo, before moving to Qatar. Living away from Brazil since 2018, he lives in the country’s capital, Doha, and works with equine reproduction.

In the image that went viral on the internet, the man from São Paulo appears shirtless and with his eyes wide open, in addition to being red and with the veins on his neck standing out from screaming so much. “It was my first World Cup as a spectator. So it was an absurd and inexplicable atmosphere.

Clovis Carvalho’s celebration yielded memes on social media. There were those who compared him with Jean-Claude Van Damme, in the interpretation of Frank Dux in ‘The Great White Dragon’; who remembered a similar celebration by Brazilians at the 2014 World Cup, in Brazil; and who just found the scene unusual.

At the 2014 World Cup, a vibrating image of Brazilian fans also went viral on social media and generates memes to this day. Some netizens even asked if they were the same person, but Clovis Carvalho said no, after all, the Qatar Cup is his first in loco🇧🇷

From experience, he doesn’t want the Cup to end so soon. “I like the World Cup a lot. The Brazilian team is our story, it’s great to support Brazil”, said the veterinarian.