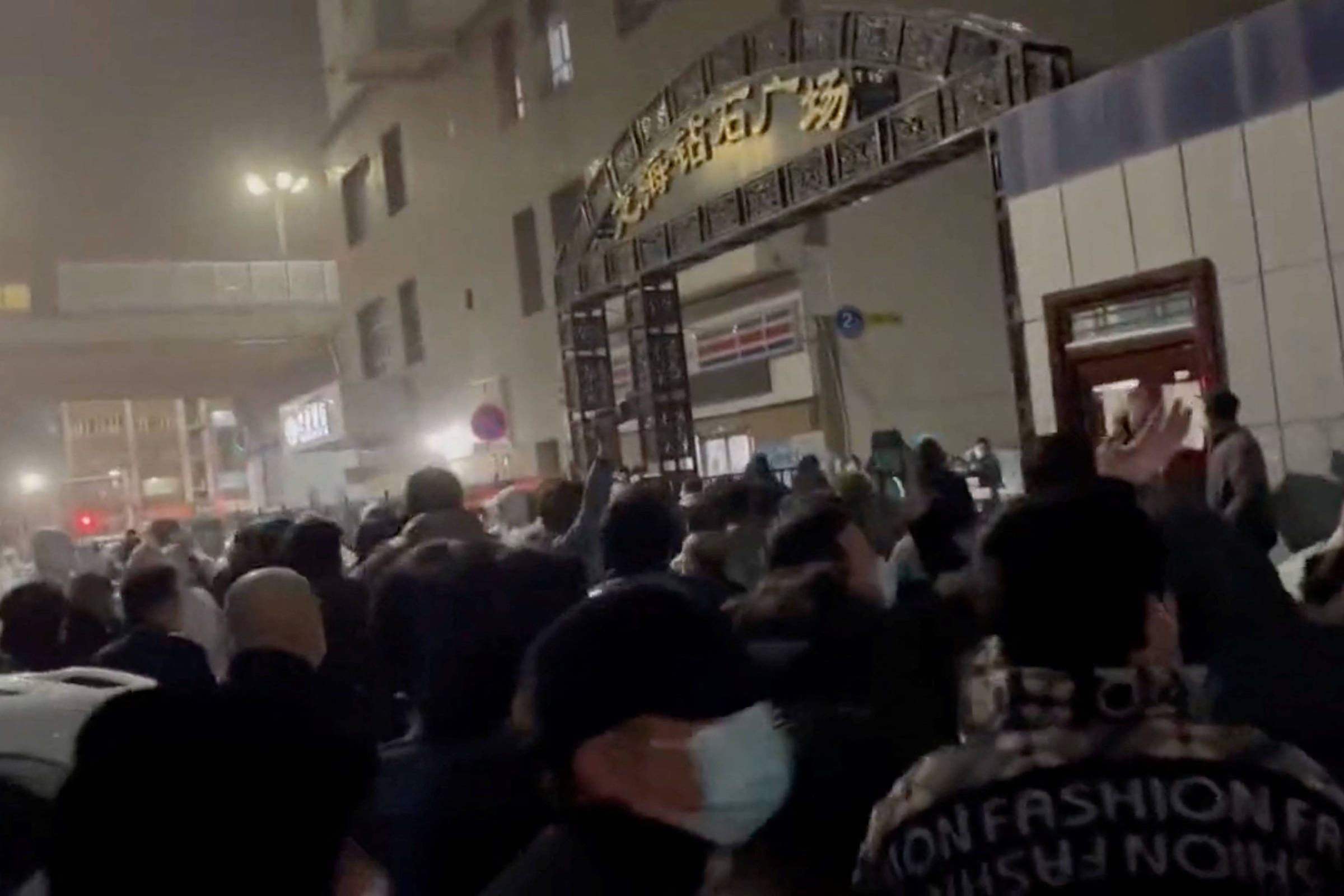 A fire sparked protests in China’s far western region of Xinjiang, with crowds chanting against the Covid-zero policy as the country records new record cases for a third straight day.

The reaction was seen in the capital Urumqi after a fire hit a residential building and left ten people dead on Thursday night (24). Authorities say residents managed to leave the building during the incident, but videos shared on Chinese social media suggest that many residents were unable to escape in time because the building was partially locked.

Other posts on the Chinese social network Weibo show electric vehicles that lost their charge during the blockades and prevented the fire crew from gaining access to the rescue site. Weibo users claim the deaths were as a result of maintaining the zero Covid policy.

Receive in your email the major themes of China explained and contextualized; exclusive to subscribers.

According to videos that circulated on Chinese social networks on the night of this Friday (25), groups of people shouted “end of the blockade”, while walking down a street. Reuters news agency verified the images and confirmed that they were published in Urumqi.

Urumqi authorities held a press conference earlier this Saturday (26) denying that measures against Covid prevented people from escaping the fire and the rescue from acting; also stated the case will be investigated.

China has placed the Xinjiang region under one of the country’s longest lockdowns, with some of Urumqi’s 4 million residents prevented from leaving their homes for up to 100 days. The city has registered about 100 new cases in each of the last few days.

The Xinjiang region is home to around 10 million Uighurs. Human rights groups and other countries accuse Beijing of abuses against the Muslim minority, including mass incarceration and suppression of their customs and culture. A UN report published in August found that China may be committing crimes against humanity with the Uighurs. The country denies the allegations.

China defends the zero Covid policy as necessary to avoid overloading its health system. That strategy, which involves large-scale lockdowns, travel restrictions and mass testing, has also dealt a severe blow to the world’s second-largest economy.

The country recorded 35,183 new cases on Friday, setting a new record for the third consecutive day. The increase has been generating widespread blockages, circulation and business restrictions.

This Friday, six million inhabitants of the Chinese city of Zhengzhou, where the largest iPhone cell phone factory in the world is located, went into confinement. Police and officials, who were demanding better wages, clashed.

Previous See new photos of the surface of the Moon taken by the Orion spacecraft in flyby
Next Percy Jackson, Annabeth and Groover star in the first official image of the series