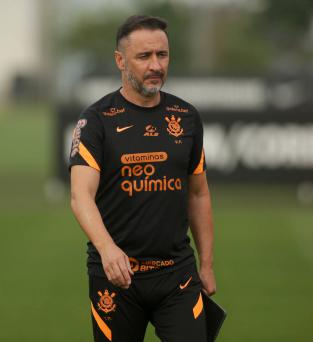 The negotiation between Flamengo and Victor Pereira is advancing at a rapid pace. The vice-president of soccer at Rubro-Negro Marcos Braz has been since Friday at the same resort where the former coach of Corinthians spends vacations with his family, in Bahia. The situation was tied up by businessman Giuliano Bertolucci, who, although he does not represent Vítor, has a good relationship with the coach.

Bertolucci had already been talking for a few days with the Flamengo leadership about the possibility of VP taking over the Rubro-Negro. Most of the time, the technician was oblivious to the situation, but he was informed in the last few hours, giving the green light to the situation.

+ Dorival, on leaving: ‘The Board understood that this moment would be one of change’

Kia Joorabchian, Vítor Pereira’s manager, was against the deal and did not participate in the negotiations. The agent, by the way, was director of Timão, during the partnership with MSI, between 2004 and 2007, and has a good relationship with Duílio Monteiro Alves, current president of Corinthians.

The management of the club from Rio de Janeiro has a close relationship with Giuliano Bertoluccibusinessman involved in the hiring of David Luiz, Thiago Maia and Everton Cebolinha, for example.

The rapprochement between Flamengo and Vítor Pereira was made public this Friday (25). After the information of the club’s interest in the former coach of Corinthians, Dorival Júnior, through his social networks, confirmed that he would not continue at Ninho do Urubu: ‘The Board understood that this moment would be one of change’, said Dorival.

The flamenguistas’ idea was to keep Dorival on ‘stand by’ while negotiating with Vítor Pereira, but the leak of information irritated the now former flamenguista coach who ended the negotiation for the renewal. The situation made conversations by VP accelerate a lot in the last few hours, including interrupting the Portuguese vacation, who initially wanted a few more days to enjoy his family.

+ Flamengo players demonstrate after the departure of Dorival Júnior

The rapprochement between Flamengo and Vítor Pereira displeased the management of Corinthians, who wanted the coach to stay in 2023. However, citing personal issues, the coach reinforced that he needed to stay close to his family in Portugal. Even the guarantee given by Mengão to provide conditions for the VP to bring the whole family to Brazil, had also been given by the Corinthians when they talked about the renewal.

Vítor’s mother-in-law has a health problem which, according to what had been alleged by the coach to the Corinthian management, would make it impossible for her to be transported from Europe to Brazil. However, according to information collected by the report, this problem has already been solved in conversations that the Portuguese man had with his wife in Brazil in recent days.

Previous Is it possible to see deleted messages on WhatsApp?
Next Elon Musk may launch cell phone to fight with iPhones and Android