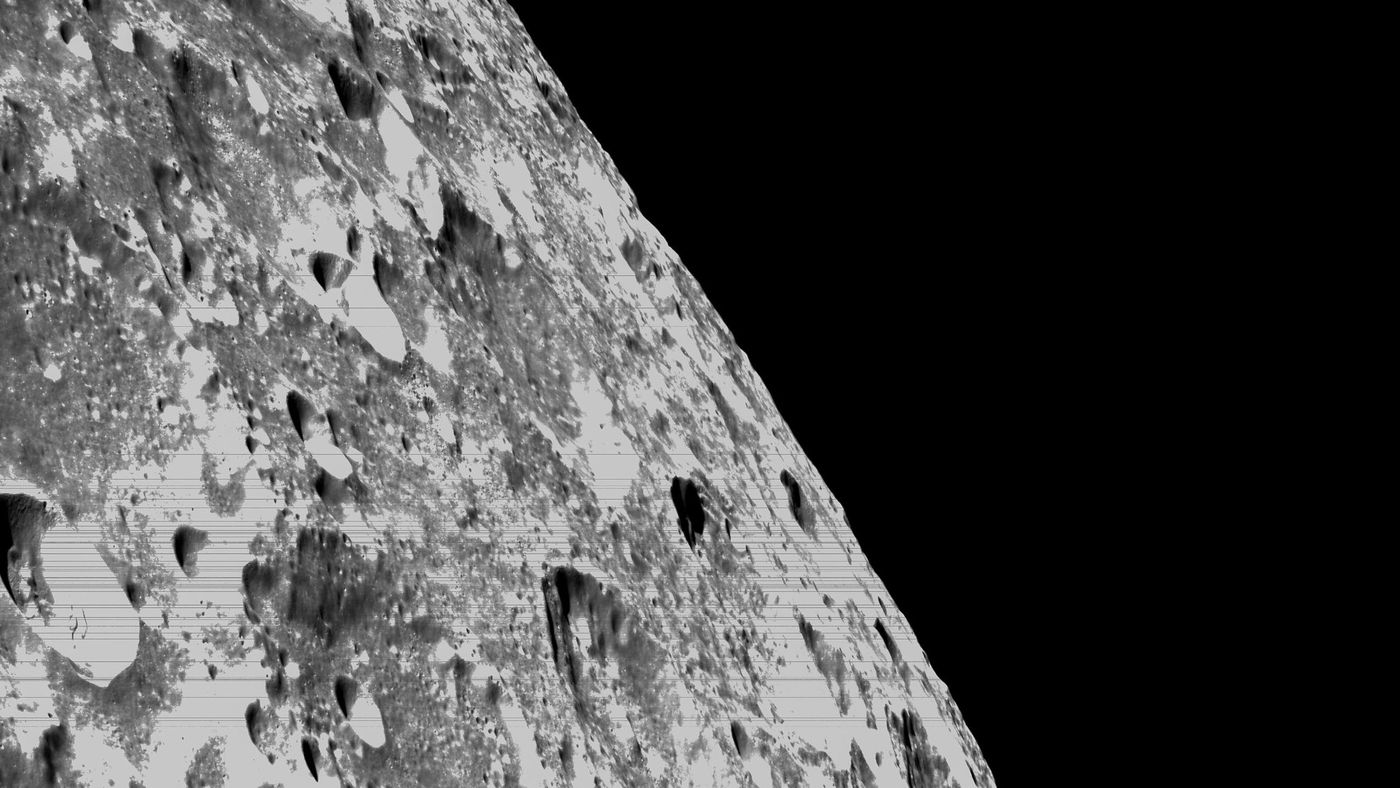 The Orion spacecraft flew by the Moon earlier this week as part of the Artemis I mission, and took the opportunity to take incredible photos of our natural satellite. The flyby took Orion very close to the lunar surface (only 130 km), yielding a unique opportunity to photograph the Moon with the onboard cameras.

The photos were taken by Orion’s optical navigation cameras on the 6th day of the mission, the same day the spacecraft started its engines, initiating a maneuver that brought it closer to the lunar surface and even prepared it to enter the distant retrograde orbit (DRO), around the Moon.

Orion has finished firing its engines on the far side of the Moon, where radio signals from Earth cannot reach. Thus, there was a temporary interruption in communication with the mission, but the procedure worked: at 9:44 am (Brasília time), the spacecraft flew over the lunar surface, just 130 km away.

Since the beginning of the mission, Orion has taken pictures of the Earth and Moon at different distances and lighting conditions, to test the operation and effectiveness of the navigation camera. In addition to documenting the mission, the tests are also important to show the capabilities of the cameras, when they will be used in the ship’s orientation adjustments in future manned missions of the Artemis program.

Now, Orion is preparing for a maneuver that will place it in the far retrograde orbit. This Friday (25), the spacecraft will start its engines for the procedure and, if all goes well, it will remain in lunar orbit for approximately a week. Afterwards, it will begin the journey back to Earth, landing in the Pacific Ocean in early December.

Artemis I is a planned mission to test the performance of the Orion capsule and the Space Launch System rocket used in the launch. Everything going well, the ship and vehicle can take astronauts on board the Artemis II mission, which will be launched bound for lunar orbit. NASA plans to launch it in 2024. After that comes Artemis II, this one taking astronauts back to the surface of the Moon. The date when this will happen is still uncertain, but the agency’s current plans suggest that it will be in 2025.