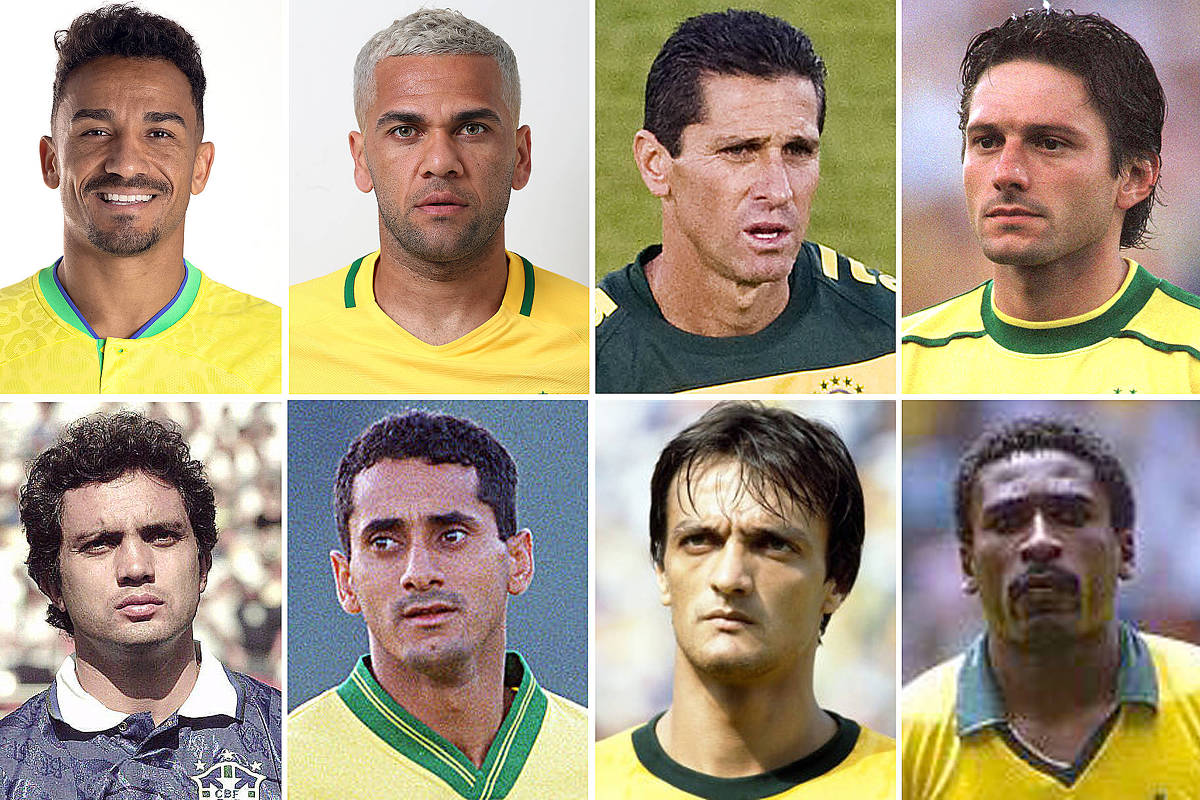 Danilo’s injury during the match against Serbia, this Thursday (24), joins the list of absences on the sides of the Brazilian selection in World Cups.

The starting defender had already been injured in the 2018 Cup dispute in Russia – he started as a starter on the right side, but suffered a muscle injury in his hip during training before the second game of the group stage, against Costa Rica.

Thus, he was replaced by Fagner, from Corinthians, against Costa Rica and Serbia. In the round of 16, in the confrontation against Mexico, he was already available to return, but was passed over by the Corinthians player, who had good defensive performances.

On the eve of the match against Belgium, in the quarterfinals, Danilo felt it again in training: this time, the injury was ligament in his left ankle, the same one that keeps him out of the group stage of the current edition of the Cup. Fagner started in the 2-1 defeat against Belgium, tasked with marking Hazard, with whom he struggled.

Danilo himself was not in the starting line-up during the preparations for the 2018 World Cup. Daniel Alves, today one of those tipped to replace him, was the first choice for the position, but suffered an injury to his right knee – a detachment of the cruciate ligament earlier with a postero-external sprain—a little over a month before the World Cup.

Also in the 2018 edition, Marcelo, starting on the left side of the defense, had a spasm in his spinal muscles during the game against Serbia, the last of the group stage. He had to leave and ended up on the bench against Mexico too, rested. In his place, Filipe Luís played. For the match against Belgium, Marcelo returned and participated in the 2-1 defeat, which eliminated Brazil in the quarterfinals.

Two other notable absences took place in the 1994 World Cup, in the United States. During the tetra campaign, the title-backs were Jorginho, on the right, and Leonardo, on the left. The latter won the position on the eve of the tournament, when Branco felt pain in his sciatic nerve.

But Leonardo marked his campaign after breaking the nose of midfielder Tab Ramos with an elbow in the 43rd minute of the match between Brazil and the USA. The left-back was expelled and suspended for the rest of the Cup.

Branco resumed his position in the next match, against the Netherlands, in the quarterfinals, and was consecrated with a remarkable free-kick, which defined the score from 3 to 2 for Brazil and continued in the title until the world title was won.

In the final against Italy, Jorginho, the starting right-back throughout the campaign, picked up a muscle injury early on in the 22nd minute. In an interview with ESPN, he says he was off the day before and went to give an interview at Universal Studios. On the way back, he spent four hours in a van, stopped in traffic, something that may have contributed to the injury.

His replacement was simply Cafu, who was 24 at the time and, with a short participation in 1994, became in 2002 the only player to play in three World Cup finals. The then young side did not compromise. In the following Cup, in 1998, in France, he was an absolute starter and continued like this until the 2006 edition, his last participation – he was rarely embezzled.

The only occasion he missed out was in 1998. Cafu was suspended after picking up his second yellow card at the World Cup against Denmark in the quarterfinals.

Zé Carlos, who took over the position, entered the squad after Flávio Conceição was cut. Before that, he had only played one friendly for the Brazilian national team. Just over a year before the Cup, he was unemployed — he ended up playing for Matonense in the A2 series of the Campeonato Paulista and stood out. With the good performance, he was hired by São Paulo in the same year and was called up for the World Cup.

The opponent in the semifinal was the Netherlands, one of the best teams in that world cup, and the game was tight: Ronaldo scored in the first-half stoppage time, and Patrick Kluivert equalized three minutes from time. The dispute went through extra time and went to penalties — Brazil won 4-2 and Zé Carlos did not compromise.

With Cafu on the field, in the final, Brazil lost 3-0 to France, owner of the house, with two goals from Zidane and one from Petit.

It wasn’t just injuries and suspensions that took full-backs off the list of eligible players in Brazil. An unusual absence was that of Leandro: in 1986, the right-back asked to be released from the national team after Renato Gaúcho, a friend of his, was cut in preparation for the World Cup due to indiscipline by coach Telê Santana.

The duo participated in a celebration on the eve of the trip to the Mexico Cup and did not return to Toca da Raposa, where the team from Brazil was concentrated, at the time determined by the coach.

When they arrived, the day had already broken, and the training center security told the coach the exact time they returned. Furious, Telê decided to cut Renato Gaúcho. Leandro, in turn, ended up acquitted by the coach, but resigned from the squad in solidarity with his teammate.

He ended up being replaced on the field by Edson, who played the first two games of that Cup. In the second, he had an injury and was replaced by Josimar, then unknown and summoned at the last minute to replace Leandro in the list. In his first game, against Northern Ireland, he scored a great goal with a long shot, crossed, in the right angle of the goalkeeper. The game ended 3-0, with two goals from Careca.

In his second match, against Poland, in the round of 16, he scored another great goal: he dribbled past three defenders and filled his foot to score with another cross kick in the angle, this time from inside the area. Another Brazilian rout: 4-0, with goals from Sócrates, Edinho and Careca.

Brazil fell to France, in the quarterfinals, in a 1-1 draw with a missed penalty by Zico in normal time and goals by Careca and Platini. The dispute went to penalties, and Brazil lost by 4 to 3.

Previous Photo reveals alternative look for Gorr’s daughter
Next Brazilian who went viral in celebration of a goal has lived in Qatar for four years: ‘absurd atmosphere’ – 11/25/2022 – Notícia