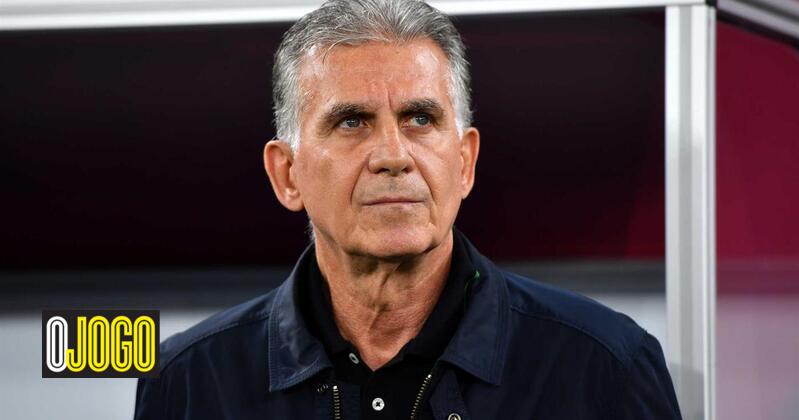 The Portuguese coach, who guides the Iran national team, left a message to the former German footballer.

Carlos Queiroz turned to social networks this Saturday to respond to Jürgen Klinsmann, who accused the Iranian players of having hit the referee’s head during the game with Wales, in the second round of Group B of the World Cup in Qatar.

World Cup 2022. Enzo with his scoring debut at a World Cup: “I’ve dreamed since I was a kid”

On his Instagram page, the Portuguese coach, who guides the Iran team, wrote a long message: Dear Jurgen, you took the initiative to call me Carlos, so I believe it is appropriate to call you Jurgen. Is not true? Even though you don’t know me personally, you question my character with a typical prejudiced judgment of superiority. As much as I can respect what you’ve done on the pitch, these remarks about Iranian culture, the Iranian national team and my Players are a disgrace to football. No one can hurt our integrity if they are not at our level, of course. Even saying that, we would like to invite you to come to our training center to socialize with Iranian players and learn from them about the country, the people of Iran, poets and art, algebra, the whole ancient Persian culture… And also hearing from our players how much they love and respect football. As an American / German, we understand your non-support. No problem. And despite your outrageous remarks about the BBC trying to undermine our efforts, sacrifices and abilities, we promise you that we will not pass judgment on your culture, roots and background and that you will always be welcome in our family. At the same time, we just want to follow closely what FIFA’s decision will be regarding his position as a member of the Qatar 2022 Technical Study Group. .

The former German footballer, now 58 years old, had stated that “Carlos fits in very well with the Iran national team and its culture. It’s not a coincidence. It’s all on purpose. It’s part of their culture, that’s how they play. They walk ‘working’ the referee. Just look at the bench, the way they jumped on the assistant and fourth referee, always hitting them in the head. There’s a lot you don’t see. This is their culture, they kind of they take your focus away. They make you lose concentration and that’s something important. And then they take you out of the game. It would have been different with another referee. They had five people around the referee of the game and that didn’t work in Portugal’s favor Welsh”.

Corinthians negotiated the departure of the 20-year-old Alemão defender to Portimonense, from Portugal and the …