The Portuguese actress has been thrilling fans with sneak peaks of “Fast & Furious”. This time it appears to make up the protagonist. 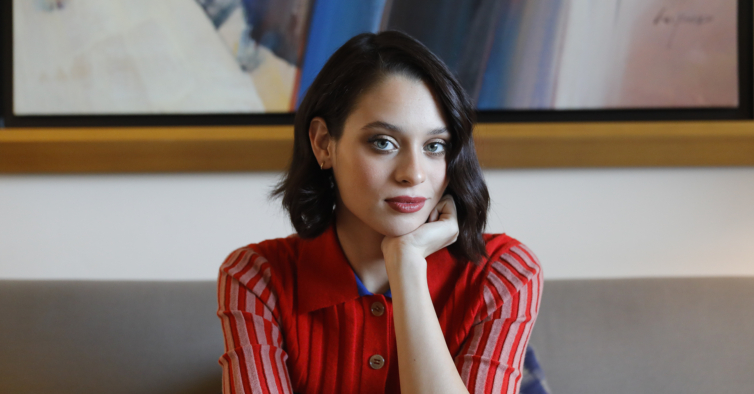 It is still not known who the character of the actress is.

“Always have your back big bro”, in Portuguese: “Always here for you, brother”. This was the message chosen by Daniela Melchior to share a new photo alongside Vin Diesel. This time, the Portuguese actress appears behind the scenes of the tenth film in the “Fast and Furious” saga, still in the skin of the character, putting make-up on the actor. In the same publication it is possible to perceive, by the identification, that the film is being recorded in London, in the United Kingdom.

Daniela has been fueling her followers’ curiosity with some images from the shoot. She had already revealed a photograph where she hugged Vin Diesel, another one next to a double that will replace more dangerous scenes or with more demanding physical maneuvers and the third one with details about her character.

The new film already has an official name. “Fast X” is expected to open in theaters in May 2023, and plot details have yet to be released. In addition to Daniela Melchior, the cast includes names like Vin Diesel, Michelle Rodriguez, Charlize Theron, Tyrese Gibson, Ludacris, Cardi B, Sung Kang, Jordana Brewster, Michael Rooker, Nathalie Emmanuel, Brie Larson and Jason Momoa.

The production has been recording in several countries and will later travel to Portugal. The days and exact locations where the shooting will take place are yet to be confirmed. It is only known that the production should pass through Viseu and Vila Real in the coming weeks.

At the end of April, a disagreement with the protagonist Vin Diesel — who is also one of the producers of the saga — led the experienced director Justin Lin to resign from his post. He was replaced by French filmmaker Louis Leterrier, who is also an expert in action films. Read the NiT article that explains Vin Diesel’s erratic attitudes that may have contributed to Justin Lin’s firing.