In a second back-to-back night, the Lakers again beat the Spurs in San Antonio by 143-138 and this time not counting Anthony Davis who suffered a calf injury the night before.

Even without Davis, the Lakers managed to print their game rhythm, but even allowed the Spurs to have an 11-point lead in the second period that turned on the team’s alert.

The Lakers led at halftime by 70-68 and extended that lead in the third period.

LeBron put in a great performance, hitting seven of his 12 three-point attempts to finish the night with 39 points and 11 rebounds. Lonnie Walker, who remains fairly constant, scored 10 straight points in the last period, which virtually sealed the victory for the Lakers.

Russ didn’t have a happy night offensively, making just four of his 12 shots and missing all three-point attempts, with six turnovers.

However, Russ did not fail to show his energy on the court and collaborated with the team with eight rebounds and six assists and still left the court bleeding after a flagrant foul by Collins.

For the first time, Dennis Schroder looked like that old-fashioned player. The point guard got into the rhythm of the game and had a great performance of 21 points and six assists, with a good 6-10 and making three of his four three-point shots.

The team, which is now 7-11, will have nine of its next 10 games with teams with season success rates above 50%.

The Lakers’ next opponent is the Pacers this Monday. 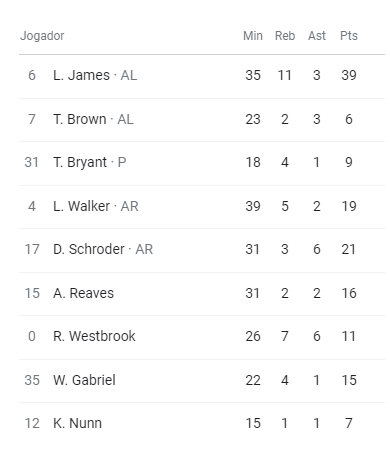 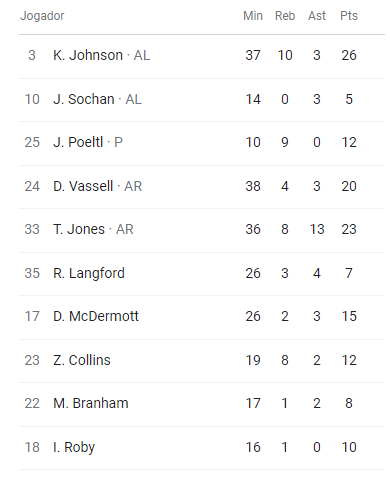