At the premiere of “The Gray Man”, the actress chose a bold skirt to show the result of so much work in the gym.

Ana de Armas has been in the spotlight. After starring in the film inspired by the life of Marilyn Monroe and showing her impressive physical evolution, the actress is one of the stars of the action and adventure film “The Gray Man”. Netflix’s most expensive movie ever — but one that was well below expectations, as you can read in NiT’s review — was presented last July 13 at the TCL Chinese Theater in Los Angeles, in the United States. On the red carpet, the actress wore a bold model from Louis Vuitton’s Resort 2023 collection, with a gladiator-style skirt, which revealed her super-toned legs.

After her characterization for “Blonde”, in which she plays the thin and sensual Marilyn Monroe, many fans wondered how she managed to get such toned legs in such a short time. The secret did not last long.

On social networks, the actress shared some videos of the training she does for the characters, which follow the plan she had already revealed last year in an interview with the magazine “Vogue UK”. The 34-year-old Cuban actress revealed that her fitness in action movies is the direct result of super intense training. 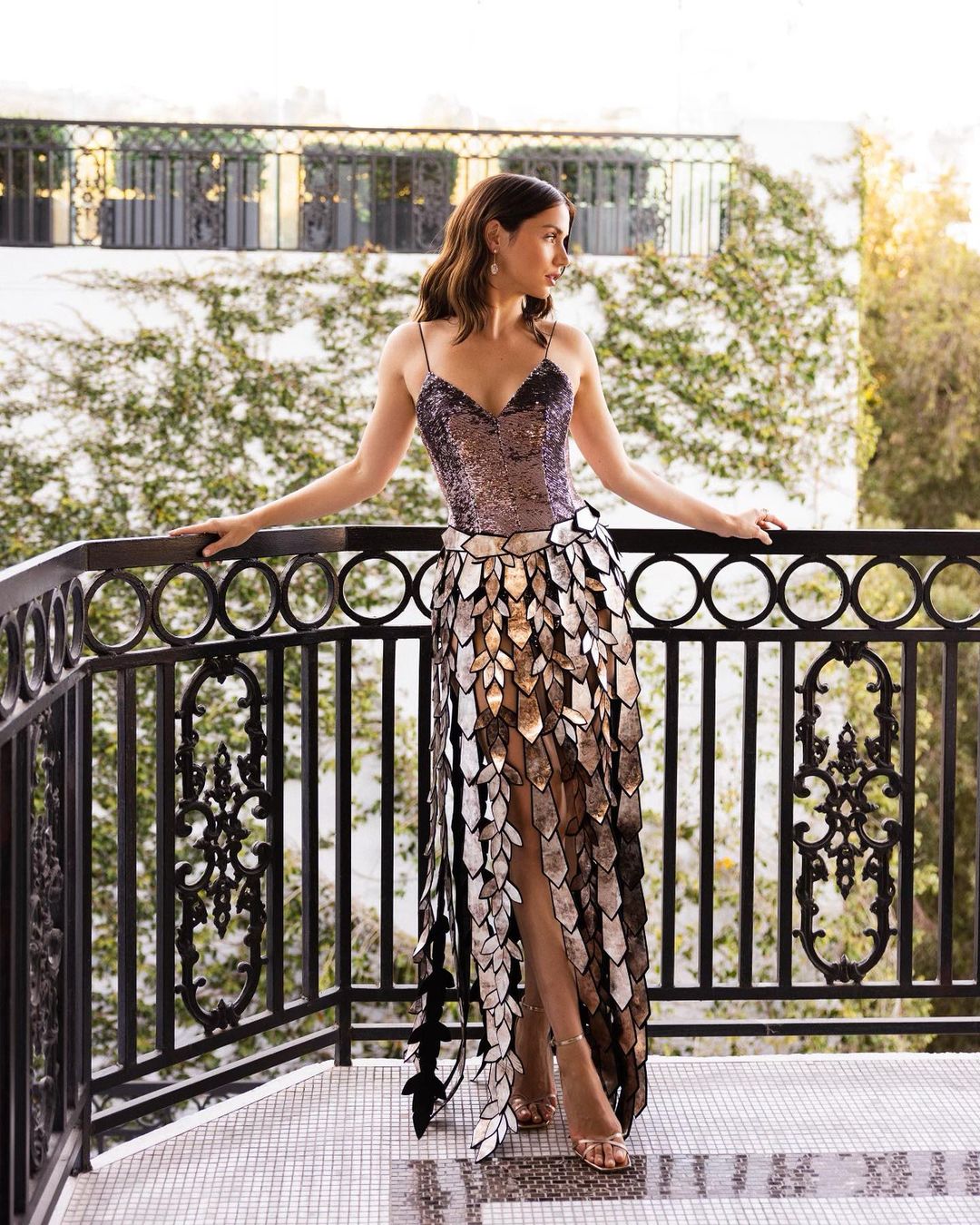 “When I play this type of character, more active, I prepare myself with a specific training routine, very intense exercises and choreography”. And he added: “I train from nine in the morning until two in the afternoon and then rest. On the weekends I go to the shooting range and practice shooting with the firearms I have to use in the film”. Which also requires physical preparation.

After workouts, Dani from “The Gray Man” uses a massage gun to help relax her muscles. According to Holmes Place personal trainer Francisco Rebola, this accessory is “very useful, especially for athletes. It allows a diversified use and with different effects according to the way it is used”.

Ana also likes to relax after a long workout, as she tells “Vogue”: “I release all my tension in my shoulders and legs, and this device is truly incredible”. The love affair is so serious that she even has a special model of the pistol to take on trips and for recordings.

“It is small and with a triangular shape that fits anywhere — including all my bags — and I bring it with me on the plane to leave it in my caravan and use it whenever I want”, reveals the actress. “Especially in this film, where there is so much action, I end up using it as a warm-up before we start shooting, as it activates all the muscles. In the end, I use it again for the opposite effect — to cool down and relax”. The James Bond star goes even further and assumes that it is a good complement to the arnica salts and cream, which she uses to help recover from the most demanding moments of training.

In addition to this intense routine, Ana de Armas embraced her passion for Pilates and nature walks, an activity that helped her “take care of her mental health”. This modality, as stated by Joseph Pilates, its founder, also has a toning effect: “After ten hours, you will feel the difference. After twenty you will see the difference – and after thirty you will have a whole new body.”

Ana de Armas also enjoys running alongside her dog Elvis and meditating using the ‘Waking Up’ app by Sam Harris. “It helps me to center, calm and disconnect after an intense day”. Despite being a rising star in Hollywood, she prefers — as can be seen in this NiT profile about the actress — to continue living her life in a quiet and peaceful way with her family and friends in Havana.

Previous North Korea will have the world’s most powerful nuclear force, says Kim Jong-un
Next Man invades field with LGBTQIA+ flag in Portugal vs Uruguay

As previously reported by on here, Godzilla II: King of the Monsters (2019) and Godzilla …