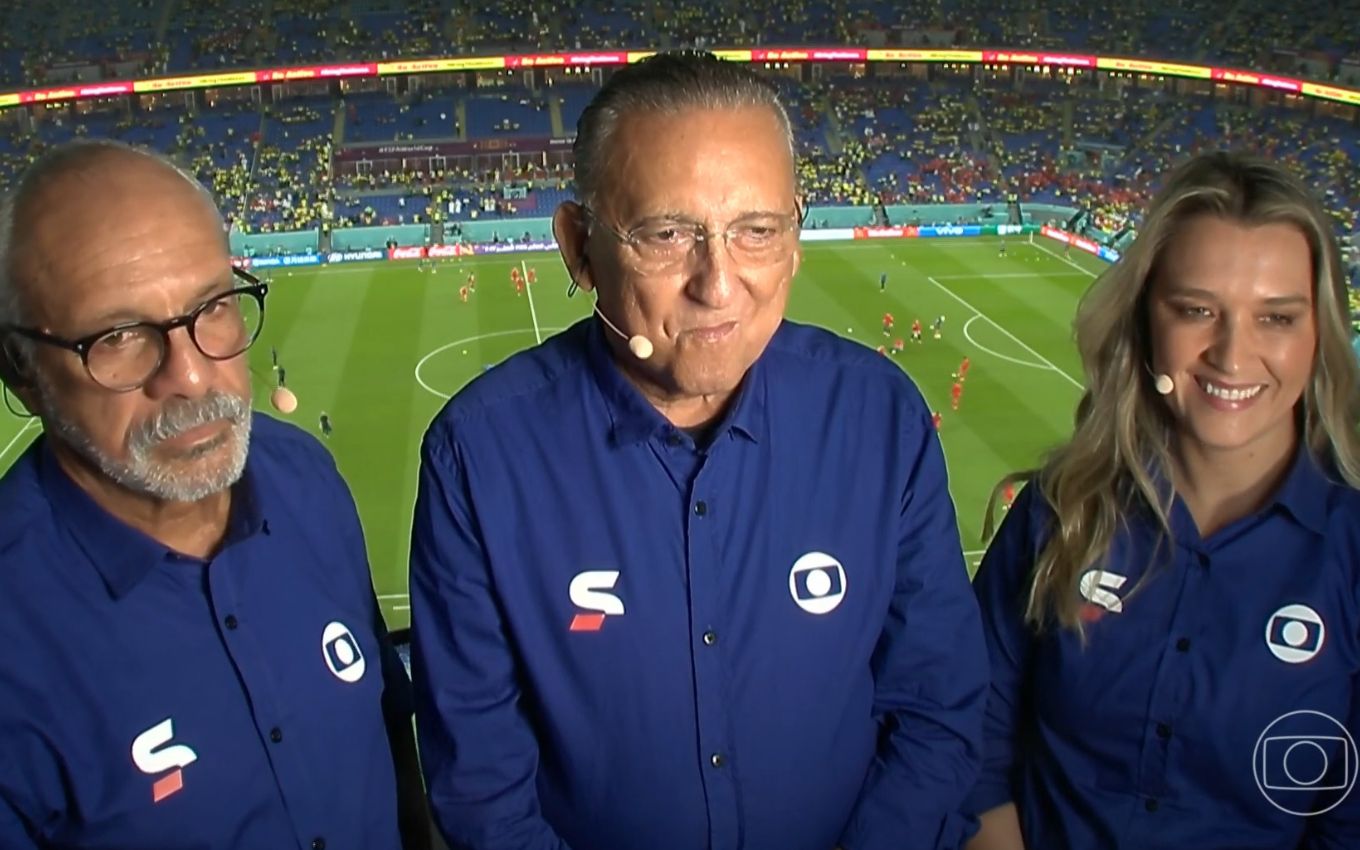 In his last World Cup as a broadcast TV narrator, Galvão Bueno was moved at the opening of the transmission of Brazil x Switzerland, this Monday (28). He arrived at his 50th game for the Brazilian national team as an announcer and was moved to receive a quick tribute from Globo, with a video of remarkable moments in the most important event in world football.

The match that immortalized “é tetra”, for example, was Galvão Bueno’s 12th as the official narrator of the Brazilian National Team on Globo; the fifth championship, in 2002, was the 26th. The tragic 7-1, in 2014, was match number 42.

In the broadcast booth at stadium 974, in Qatar, the narrator waited a few seconds to recover from the emotion. “Fifty,” Junior snapped. “Aê, Galvão”, reacted Ana Thaís Matos — the commentators accompanied him on the spot.

Only after that did he release the famous “Bem, amigos da Rede Globo”. “I want to thank you so much for your affection, that’s why I say that Globo is my home. Here I spent a good part of my life, more than half of my life, I’m going to 42 years at home and 50 games with the Brazilian national team. be a great victory!”, said Galvão.

Galvão Bueno started working at Globo in 1981, after being successful as the voice of Formula 1 on Band in 1980. He took over as narrator at the station in 1987 and led the team in the 1990 World Cup.

Galvão Bueno’s current contract as narrator ends at the end of this year, right after the World Cup. He will renew with the broadcaster until 2024, but will no longer be an announcer. He must do different projects on streaming and open TV, in addition to being free to be on other platforms, such as YouTube.

Previous What If Marvel Made Black Widow Before The MCU » Movie News, Movie Reviews, Movie Trailers, TV News.
Next Samsung surpasses Google as the best company in the world; see top 10