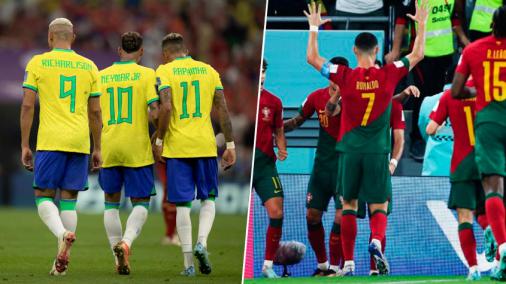 Monday promises strong emotions at the World Cup. Four games shake up the day, including the match between the Brazilian team and Switzerland. Check below the list of this Monday’s duels and where to watch the clashes.

+ Upcoming matches for Brazil in the World Cup: see dates, times and where to watch

Brazil vs Switzerland – 1pm (Group G)
Where to watch: Globo, SporTV and Globoplay

+ Where will the 2026 World Cup be held? Learn more about the post-Qatar edition

WHERE TO WATCH ONLINE

There are some possibilities to follow the matches live and online. One of them is the Globoplay app. The platform will broadcast 56 games live together with TV Globo.

Another possibility to watch is through Fifa+, the official streaming application of the sport’s highest entity. All games will be broadcast on the platform with narration in Portuguese. The application is available in smartphone stores and the user only needs an official registration to access the games.

Finally, fans will also be able to follow the match between Brazil and Switzerland on CazéTV, the digital channel of streamer Casimiro Miguel on YouTube and Twitch.

the website of THROW! transmits the duels in real time, following the bids of the match.