Extolling the cinematographic art of Brazil is also very important, thinking about it, Acesso Cultural prepared a list of Brazilian films available on the platform to watch!

Directed by João Wainer, known for directing the documentaries “Pixo” and “Junho – O Mês que Abalou o Brasil”, and with a script by João Cândido and Mariano Cohn, “The Cage” features Djalma (Chay Suede), a thief who engages in a psychological game of cat and mouse with a wealthy doctor (Alexandre Nero). For him, it was just another day of robbery in São Paulo and the target was a luxury car that had been in his plans for a long time. Everything goes as expected, he gets into the car and steals what he wants, but when he is about to leave, the thief realizes that he was locked inside the car and that he will not be able to get out easily. What he doesn’t realize is that he fell into the doctor’s trap, who has already been the target of several robberies and decided to take revenge.

Released in early 2022, the comedy film “Valley Night” was directed by Luís Pinheiro and written by Ian Deitchman, Caco Galhardo, Renata Martins and Carla Meirelles. In the story, tired of playing the role that society thinks a mother should be and the responsibilities of her first child, Daiana (Gabriela Dias) decides to take a “valley night” – a break – to go out with her friends to a funk party at night. For this, she will have to leave the child with Vini (Pedro Ottoni), the child’s father. In the cast we still have Linn da Quebrada, Yuri Marçal among others

Finding the only man she loved is the dream of Gringa (Carmen Maura), owner of a brothel in the interior of Brazil. Even blind and very sick, she insists on fulfilling her last wish: to go to Venice to ask forgiveness from the lover she abandoned decades ago. To take her to the Italian city, Tonho, Rita and the other girls who work for Gringa come up with a fantastic plan with the help of a circus troupe. “Venice” is available exclusively on Star+ and was directed by Miguel Falabella, with a script by Jorge Acme and Miguel Falabella. The film’s production also includes Júlio Uchoa, Daniel Filho and Fernando Muniz.

Based on the homonymous book by Martha Medeiros and directed by Paulo Thiago, the film tells the story of Beatriz (Maria Paula Fidalgo) is a psychoanalyst in crisis. She is not satisfied with her work, she has problems with her teenage daughter, her mother is a bit crazy, her sister is absent and her husband does not make her happy. Decided to change her life, Beatriz asks for a divorce and begins to change her attitudes with the help of her friend Valéria (Flávia Alessandra). It’s time to start over and, for that, she has to be prepared for everything. After 20 years of marriage, Beatriz decides to change her life. To do so, she decides to get divorced and experience a hitherto unknown world.

Between comings and goings

“Between comings and goings”, directed and produced by José Eduardo Belmonte, along with Rodrigo Sarti Werthein and Rune Tavares, presents the story of four telemarketing operators who decide to take a trip. They find a father with his son hitchhiking on the road and, what would be a simple ride, turns into a trip full of adventures and personal transformations. In the plot, we meet the couple Amanda and Afonso, played by Ingrid Guimarães and Fábio Assunção. In addition to these names, the cast also enriches Alice Braga (playing Sandra), Rosane Mulholland (as Krisse) and Carol Abras (playing Cillie).

The Wolf Behind the Door

“The Wolf Behind the Door” it’s a thriller directed and scripted by Fernando Coimbra, with production by Caio Gullane and Fabio Gullane, Rodrigo Castellar, Debora Ivanov and Pablo Torrecillas. In the story, a child is kidnapped and his parents, Bernardo (Milhem Cortaz) and Sylvia (Fabíula Nascimento), decide to go to the police station. The police chief decides to question them separately and discovers that Bernardo had a lover, Rosa (Leandra Leal), who is also taken to the place for investigation. Based on the trio’s testimonies, the officer discovers a network of lies, love, revenge and jealousy. THE production was the biggest winner of the Brazilian Film Grand Prix in 2015.

in comedy “Júlio Sumiu”, Edna (Lilia Cabral) is desperate to learn that her youngest, Júlio (Pedro Nercessian), has disappeared without leaving any traces. Worried, she goes to the police station but does not get any help. After discovering that her son was taken hostage by Tião Demônio (Leandro Firmino), the drug lord from the next hill, Edna decides to go there to negotiate. Surprised by a shothey, she ends up saving 20 kilos of cocaine for the dealer who, in exchange, promises to free Júlio. The problem is that Silvio (Fiuk), his other son, upon discovering the cocaine, decides to sell it. The film was based on the book of the same name by former Casseta and Planeta Beto Silva and directed by Roberto Berliner. 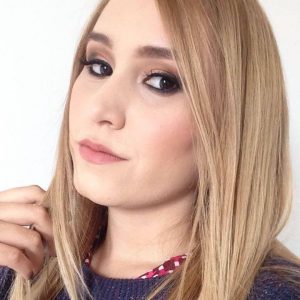 Journalist graduated from Universidade Nove de Julho with a Postgraduate Degree in Strategic Digital Marketing from PUC-SP, she specializes in Cultural Journalism, Press Relations and Social Media. She has been working in the area of ​​communication since 2010. Founder of the website Acesso Cultural, she always wanted to develop a vehicle where she could report what is new in the field of cultural entertainment. She is passionate about rock concerts, books, movies, series and animals.

“The end of the road begins”, or so predict the first promotional materials for ‘Fast …