Vinícius Jr surprised when he revealed in the mixed zone, after Brazil’s 1-0 victory over Switzerland, that Neymar had a little fever today (28), before the delegation went to Estádio 974, for the second round game of the World Cup Qatar 2022. The CBF confirmed to the report of UOL Sport the indisposition of the number 10 of the selection, not to mention the fever, but that the PSG player’s state of health is not a concern.

Unlike Danilo, who is also treating an ankle injury, Neymar watched the game from the hotel.

“He was sad that he couldn’t come, he’s a little bad. Not only because of his foot, but also a little fever, hoping he recovers as quickly as possible”, said Vini Jr to SporTV.

Neymar treats in three periods to return as soon as possible. Brazil’s expectation is to have the number 10 available in the round of 16. As Tite’s team is already ranked, there will be no rush to put them on the field against Cameroon, Friday (2), at 4 pm (Brasília time), at Estádio Lusail. Alisson, Paquetá and Antony also showed flu-like symptoms in recent days, but were available against Switzerland.

Brazil beat Serbia and Switzerland and is already in the round of 16. The national team needs a draw against Cameroon to secure first place. The opponent in the next phase will come out of Group H, composed by Portugal, Uruguay, South Korea and Ghana.

Brazil 1 x 0 Switzerland: who was the best player on the pitch? 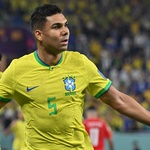 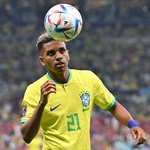 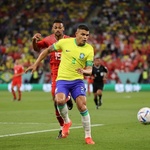