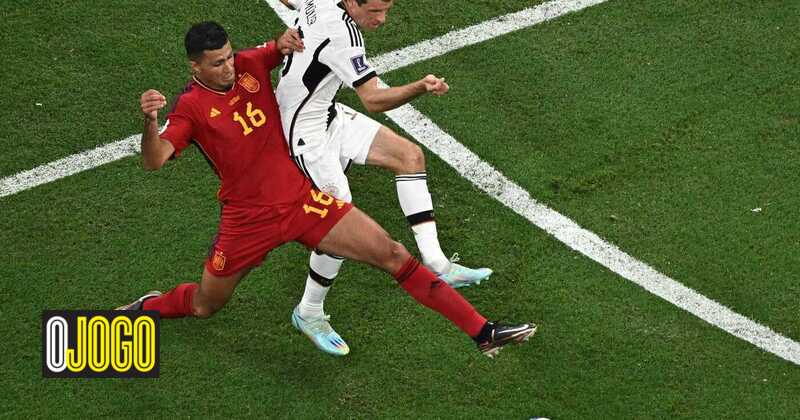 ″Collectively, I don’t see anyone better″

Rodri highlighted the individualities of the opponents, but praised the collective performance of his selection, which leads the group where it is inserted at the start of the last round

Rodri is yet another voice within the Spanish national team demonstrating confidence in the work being done so far in Qatar. For the Manchester City midfielder, La Roja is the strongest team in the World Cup so far.

World Cup 2022. Queiroz laments: “One day they are heroes of the people and the next they open Instagram and want to kill them”

World Cup 2022. South Korea prevailed over Portugal in the only duel, 20 years ago

“There are teams with great individuality, there’s no denying it, that maybe win games because of these circumstances, but collectively I don’t see anyone better than Spain. Perhaps the closest is Germany. If we manage to compete against Germany and already demonstrated, we can compete against any selection”, he explained, in an interview with AS.

Remember that, after the meeting with Germany, Luis Enrique mentionedin one of his streams made from Qatar, that there was, until now, football-wise speaking, a stronger team than Spain.

Globo pins Casimiro in advertisement for the Club World Cup

Owner of the rights to broadcast the FIFA Club World Cup on TV, Globo publicized …