Australia is in the round of 16 of the World Cup. Showing a lot of defensive organization, the Australians had a deadly counterattack to surprise favorites Denmark, win 1-0, and secure second place in Group D.

After holding the initial pressure from the Danes, Australia balanced the actions in the first half, which ended at zero. In the second stage, Leckie scored a great goal in a quick counterattack, in the 15th minute. The Australians defended well and did not suffer to secure the victory.

With the result, Australia went to six points and was in second place in Group D of the World Cup – France, with six, was in the lead on goal difference -, guaranteeing a place in the round of 16 for the second time in the history of the country.

Australia returns to the field next Saturday (3), at 12h (Brasília time). The opponent will be the leader of Group C, which will be known today (29), at 16:00 (Brasília time), when the selections of the key – Poland x Argentina, Saudi Arabia x Mexico – enter the field.

Pressure from Denmark is short-lived

Needing a win, Denmark started the game by attacking. Not in a disorderly way. In the first thirty minutes, the Danes controlled ball possession and managed to create some dangerous chances from launches and plays from the wings.

It was after a deflected shot by Braithwaite that Jensen finished dangerously for the first time in the match, in the 12th minute. Without much angle, the midfielder’s kick stopped in good defense by Matthew Ryan.

Denmark arrived twice with Skov Olsen. The attacker finished over the top in the 14th minute after a good move by Maehle. At 25, he kicked weakly after a low cross and made it easier for the goalkeeper.

Skov Olsen’s second chance was something of a milestone in the first half. After 25 minutes, the Australian team balanced their actions, starting to touch the ball more, dictating the pace of the match – which started to get slower.

The rush got in the way of the Danes at the start of the second half. Even proposing the game in the opening minutes, the selection of Denmark did not offer danger to Matthew Ryan’s goal. Australia continued with its more defensive game plan, avoiding major problems.
At 14 minutes, the group’s most unlikely scenario came true. The draw was no good for either Australia or Denmark as Tunisia opened the scoring against France. However, the key situation stayed like this for just over a minute.

In a very quick counter-attack pulled by McGree, Matthew Leckie received with a lot of freedom, facing the only Danish man in the defence. Alone, the Australian midfielder swung over the marking, took the ball to his left leg and hit it crossly, low, on the cheek of the net, opening the scoring and making the Australian crowd explode.

If Denmark were already in a hurry before conceding the goal, things got worse after Leckie scored. In a bad journey, the Danes were unable to overcome the good defensive work of the Australians. in the final minutes, even Schmeichel tried to go into the area, but Ryan’s goal was not threatened.

As Australia played for a draw, Leckie did a good job in marking, helping his team level the playing field in the first half after a few minutes of pressure.

In the second half, when Australia needed the goal, Leckie didn’t feel the pressure and, in the first chance he had, he was very calm when he cut the defender and finished with precision to beat Schmeichel.

During Denmark’s pressure minutes, Braithwaite worked well at centre, always with a touch on the ball. On the other hand, he failed to finish dangerously, as expected from a striker.

In the second half, the attacker was bad, did not participate well in the attacking plays and ended up substituted shortly after Australia’s goal.

Goal: M. Leckie, 15 minutes into the second half

Who should start against Cameroon: Gabriel Jesus or Pedro? 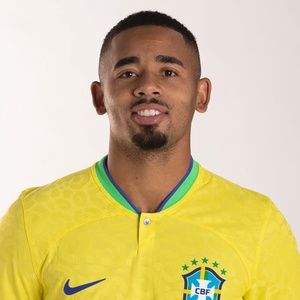 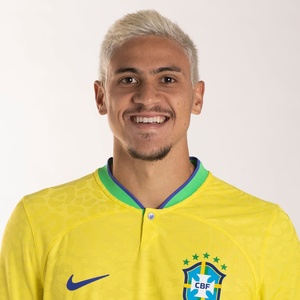 Previous Chloë Grace Moretz reveals childishness on sets: “I had to hit head-on”
Next ‘Deadpool 3’ gets premiere date and will have Hugh Jackman’s RETURN as Wolverine; Watch the ad!