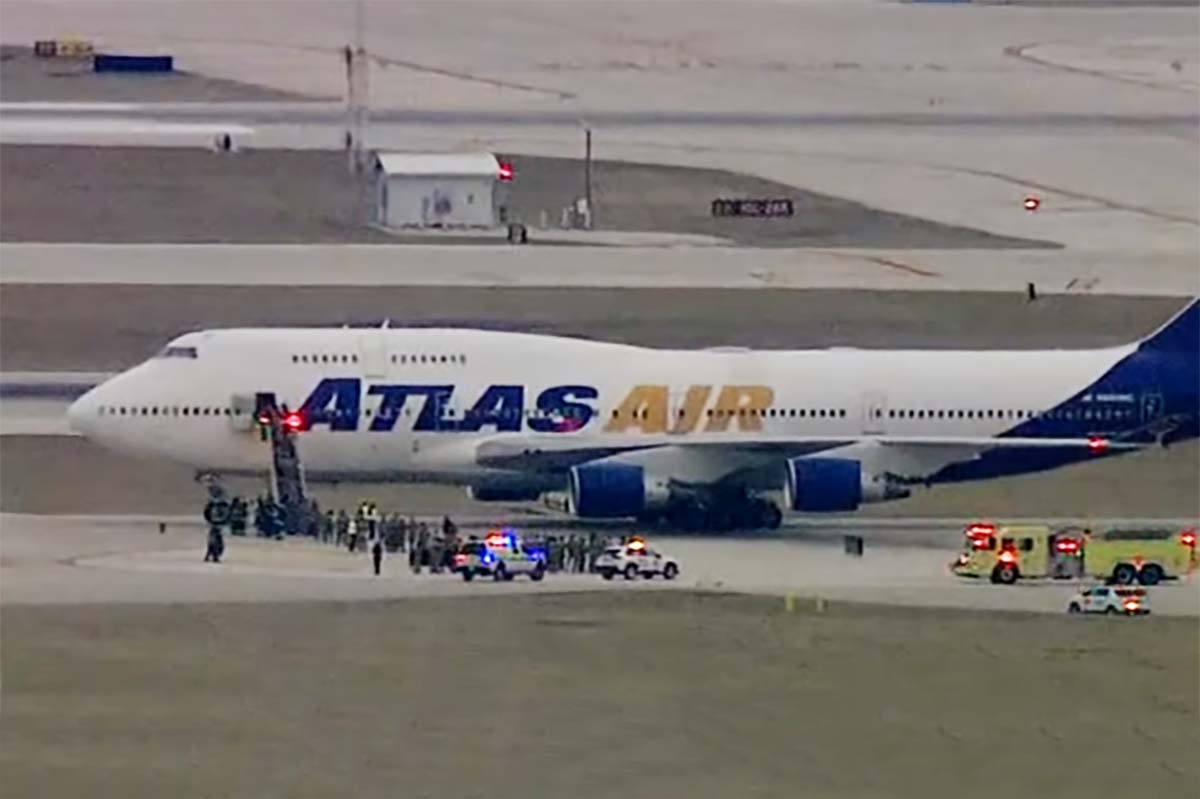 After taking off from Kansas and flying for less than an hour, an Atlas Air Boeing 747-400 jumbo jet had to make an unscheduled landing in Chicago on the afternoon of Monday, November 28, due to a fire alarm. in the cargo bay.

Originally destined for Poland, flight 5Y-8380 was carrying about 300 US military personnel to join a NATO mission. With the emergency landing, all these troops from the 2nd Armored Brigade had to disembark right there on the runway at O’Hare airport, where the aircraft would be inspected.

According to ABC News, an Atlas Air spokesperson said there were “an indication of a potential abnormality in the cargo hold shortly after departure🇧🇷

“As a precautionary measure, Chicago authorities inspected the aircraft upon arrival and determined that the aircraft was safe for all passengers to disembark.”Atlas said in a written statement. “Our team is investigating the cause of this incident and will work to safely return the aircraft to service.”

The extent of damage to the aircraft has yet to be announced. The landing was filmed live by the American TV network, but it is not possible to identify any external abnormality. The military flight was rescheduled for this Tuesday.

Previous Will you retire? After elimination in the Cup, Bale answers if he will continue playing for Wales
Next where to watch, schedule and lineups