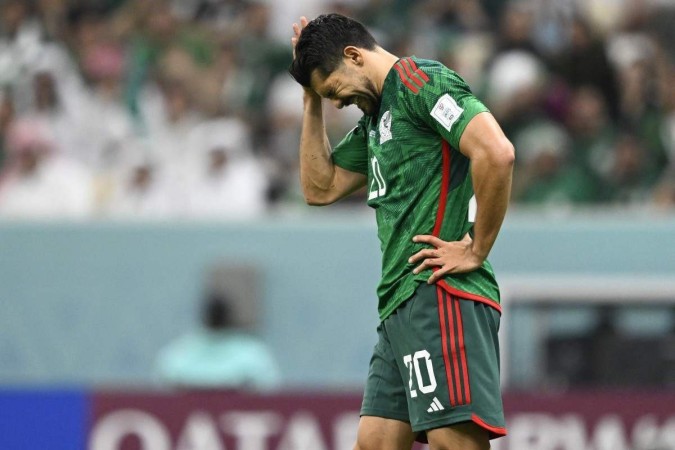 Mexico played like never before in this edition of the Qatar-2022 World Cup, but fell in the group stage. Even with the 2-1 victory over Saudi Arabia at the Iconic Stadium in Lusail, the Aztecs said goodbye earlier than they were used to in recent editions of the most important tournament on the planet.

The goals scored by Luís Chávez and Henry Martín were not enough to reverse the deficit on goal difference in relation to second-placed Poland. The Mexicans return home in third place in Group C, behind the Argentines and the Poles, with a win, a draw and a defeat on their books. The elimination in the group stage is the biggest “shame” in 44 years. Since the 1978 edition, in Argentina, the country has not been eliminated in the qualifying round. Since 1986, he has been a constant presence in the round of 16.

The fierce spirit of the Aztec team was evident in the first half. The Mexicans entered the field occupying the bottom of Group C and only the victory mattered to continue in the dispute in Qatar. One minute was all it took for the Latinos to show they weren’t kidding. Luís Chaves received it from outside the area and shot low, but outside. In the next minute, Vega received it in depth, invaded the area and kicked over the Arab goalkeeper.

The Mexican imposition prevented the articulation of moves by Saudi Arabia. The counterattack was the main weapon of the Middle East company. Even so, the team created opportunities, but didn’t take advantage of Kanno’s bad kick and Al-Hassan’s header without direction. Comfortable in the duel, but uneasy with the result, Mexico continued at an intense pace until the added time. Tata Martino’s team had 68% possession and 11 shots on target in the first half, but went into the break with the feeling of not having solved the stoppage.

But what happened, happened. When the ball rolled in the final stage, Mexico tuned the offensive orchestra and scored in the second minute of the game. Henry Martín took advantage of the deflection on the first post and stretched to push into the Arab goal. It was the first Mexican goal in the match and in the World Cup. Once they learned the way, the Aztecs strayed no more. Four minutes after opening the scoring, the Latins expanded with the great free-kick by Chávez.

Despite the partial victory by two goals difference, there was still a ball in the net for the Mexicans to take second place in the group. Aware of this, they did not slow down. At 10′, Lozano scored the third, but in a blatant offside position. The same dramatic plot was followed in the Antuna goal. The attacker was also triggered in the attack, but ahead of the appointment. On the basis of muffles and all or nothing, the troupe led by Tata Martino tried, but failed. He bumped into bad luck, caprice and saw the classification escape by a ball of difference.