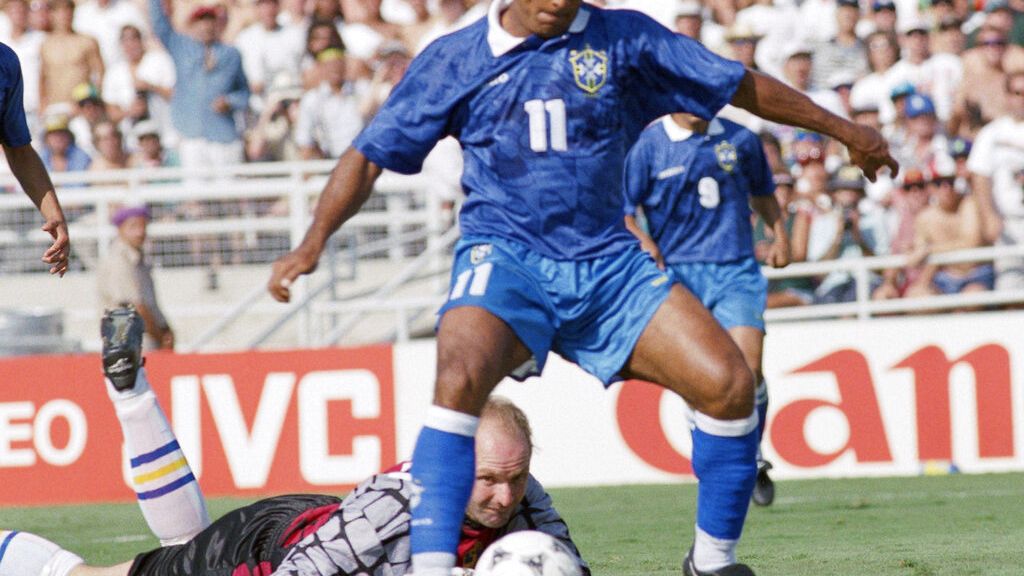 It is in the streets that the victories of the Brazilian team are celebrated, in World Cupwhich is taking place in Qatar, but it is within the four lines that everything is given to move forward in the competition.

Romário knows well what that means and knows, inside, the pressure. The former footballer from the Canarinha team, who today dedicates himself to politics, won his fourth world championship with the Brazilian squad in 1994, was even elected best player, but those were other times, as the star told euronews, one of the honorees in doha🇧🇷 To euronews he explained that he always believed in his abilities, but that faith “m__very great in God” they also helped. From inside came a “inner strength” that made him fulfill what he committed to

“I believe that I became one of the great names in world football for the work, for the goals, for the achievements I made with the Brazilian national team shirt”.

He took off the national team jersey almost two decades ago while others wore it and the world continued to spin, like a soccer ball on a lawn. For Romário, this evolution is necessary, “everything in life changes”as he himself said, but there is “about 16 years old”when the ball was still played, “played in another way”🇧🇷 The financial issue has always been on the way, in the world of footballbut the _”_It doesn’t even compare to today’s world”referred to the former Brazilian international.

“(…) I believe that in my time, more technical, more beautiful football was played, but as everything is modernized, football has also modernized. Unfortunately, I believe that when we talk about football, football technique, it has changed to worst (…)”.

As for the predictions for this World Cup, the one in Qatar, there are not many doubts, or rather, there are no doubts at all. The heart will always scream green and yellow.

“As a Brazilian, I would really like for Brazil not only to reach the final but to be champion. Of course, in a world cup, you need a lot to be champion. Brazil is not the best team, but it has the conditions (…) “.

Next Friday Brazil will face the team of Cameroon in the last game of G group before the round of 16.

The Brazilian team is already qualified for the next stage of the competition, it remains to be seen where it ends in the group stage.