A new patrol from Russia with China shook the defense systems of Japan and South Korea this Wednesday (30). Fighter jets from both countries went on alert to avoid invading their airspace.

Since May, Russia and China have resumed joint patrols that had been interrupted by the Ukrainian War that began at the end of February. The two countries formalized a political alliance that, if not configured as a military one, has this component in great prominence.

Recently, under internal pressure, Xi Jinping has rehearsed a rapprochement with the US and made more incisive comments for the end of the war, but without criticizing Vladimir Putin, an ally of the first hour.

The Russian, in turn, supports the Chinese claim on the autonomous island of Taiwan and harshly criticized the US when the country’s mayor, Nancy Pelosi, visited Taipei in August. Since then, Chinese military movements and air raids have multiplied around the territory.

After the meeting between the two leaders in Kazakhstan, in September, both even decided to increase cooperation in the defense sector. China already uses a lot of war material of Russian origin, while developing its own industry in the area. The H-6K, for example, is a modernized version of the Soviet Tu-16 strategic bomber. It has been upgraded to attack with cruise missiles in addition to nuclear weapons. The massive four-engined turboprop Tu-95, in turn, makes up with the supersonic Tu-160 the backbone of Moscow’s nuclear bomber force.

Interoperability between services has grown. This Wednesday’s patrol was the first in which Russian bombers landed on Chinese runways and Chinese ones on Russian ones. The same had happened in a simulated environment at a major military exercise in September.

The patrol entered South Korea’s Adiz (Air Defense Identification Zone). It is a virtual border that Air Forces from different countries use to force the identification of possible air threats. In the case of the South Korean, Russians and Chinese ignore it.

Thus, Seoul mobilized an uncertain number of fighters and put them in the air to defend its airspace, which is internationally recognized, but it was not necessary: ​​the patrol did not get close to it.

The same situation occurred later over the Sea of ​​Japan, with Tokyo sending fighter jets for eventual interception. The Japanese government has increased its militaristic rhetoric and announced this week that it will double defense spending in five years, with an eye mainly on what it perceives as a threat from the assertiveness of Xi and North Korea – the South’s adversary backed by Moscow and Beijing.

There is a history of tensions in the region. In 2019, in one of the first such patrols, South Korean fighter jets fired hundreds of warning shots when the Russian-Chinese group got too close to airspace. For an accident to occur and lead to an unwanted escalation, it’s one step.

The Russian Ministry of Defense denied that this Wednesday’s action was aimed at other countries. “It is part of the framework of provisions of the 2022 Military Cooperation Plan, strictly within international law,” the ministry said. “Our military has dispatched fighter jets to implement tactical measures in preparation for potential contingencies,” the South Korean General Staff said in a statement.

The patrol comes two days before the US, South Korea’s and Japan’s main ally and China’s antagonist in Cold War 2.0, will unveil its new strategic bomber, the B-21 Raider, for the first time. Designed to replace the radar-stealing model B-2 Spirit, it will be shown on the ground, and should only fly in tests in 2023.

Previous With a Brazilian uniform, Tite’s grandchildren tietam Paquetá and Vini Júnior, offspring of Flamengo, in the selection’s concentration
Next How To Cut & Style Your Anne Hathaway-Inspired Fringe | mall 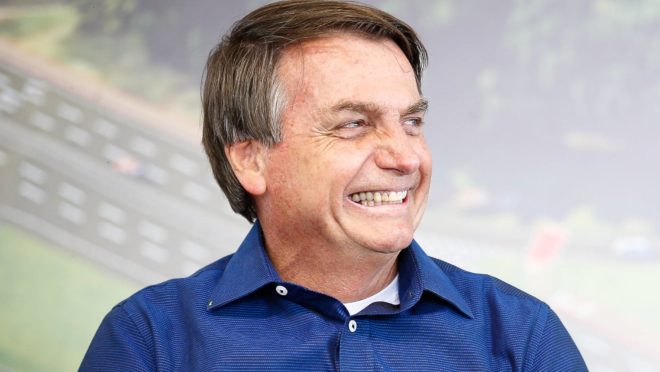 How did you feel about the content of this article? Former President Jair Bolsonaro| Photo: …