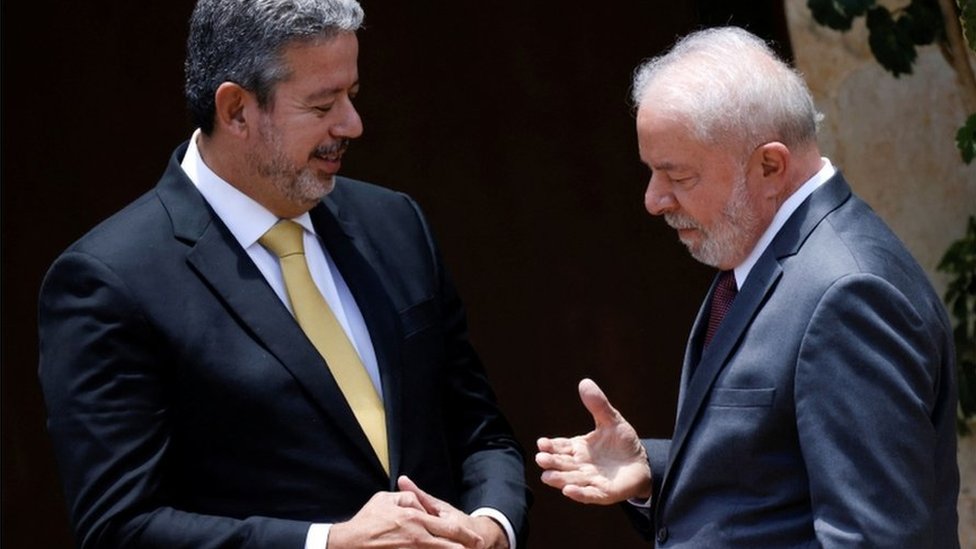 After criticizing the mayor, Arthur Lira (PP-AL), during the presidential campaign due to the so-called Secret Budget, the president-elect, Luiz Inácio Lula da Silva (PT), decided that the best strategy for his government is to support his re-election in February.

The PT’s trauma with the bad relationship between the Dilma Rousseff government and the then mayor, Eduardo Cunha, was weighed in the decision, a crisis that culminated in the impeachment of the president in 2016.

Now, faced with the certainty that Lira will be re-elected regardless of the will of the future government, Lula and the PT have decided that the best thing is to try to build a good relationship with the president of the Chamber from now on.

On Tuesday (11/29), PT, PV and PC do B (acronyms that form a party federation), together with PSB, party of elected vice president, Geraldo Alckmin, made official their support for a new two-year term to Lira in charge of the House. With this, the Alagoan consolidates himself to be re-elected in a broad alliance, which includes from the parties of Lula’s future base, such as the acronyms that support the current president Jair Bolsonaro (PL).

Lira was a faithful ally of the current government, shelving dozens of impeachment requests against Bolsonaro. His profile, however, is quite pragmatic. As soon as Lula’s election was announced by the Superior Electoral Court (TSE), the mayor congratulated the elected president and said that “the will of the majority should never be contested”, in a clear departure from Bolsonarist discourse of questioning the security of the system. of Brazilian voting.

According to deputy Carlos Zarattini (PT-SP), his party decided to support Lira’s re-election because his victory “is practically guaranteed”. In this way, he told BBC News Brasil, the PT seeks to build a good relationship with the leadership of the Chamber to facilitate the future approval of projects of interest to the Lula government.

“We need to govern now. It’s no use for us to launch a candidate against one who has already won by marking a position”, he reinforced.

In addition to his good relationship with Lira, Lula is trying to guarantee governance by attracting center-right parties to the government base, since the more left-wing parties do not guarantee a majority of votes in Congress. The president-elect is negotiating with União Brasil, MDB and PSD.

Zarattini also told the report that the PT “does not want to repeat” what happened during Eduardo Cunha’s presidency. In charge of the House, he favored voting on the so-called “bomb agendas”, which harmed the government with increases in spending, and, on the other hand, made it difficult for the progress of proposals of interest to the Dilma administration.

Then, with the escalation of the crisis with the president and the PT, Cunha began the impeachment process that overthrew the PT.

Lula himself recognizes that Dilma and her party made a mistake in the way they conducted the relationship with Eduardo Cunha. In an interview with BBC News Brasil granted in 2019, when he was arrested in Curitiba, he said that the party should not have launched deputy Arlindo Chinaglia (PT-SP) to dispute with the PMDB. According to Lula, “there was already anti-PTism within the Chamber” and the best strategy at the time would have been to have supported another PMDB name (a party that was renamed MDB in 2017).

Cunha won the dispute in the first round, with 267 votes, against only 136 for the PT.

“I went to warn the PT that it was humanly impossible, mathematically impossible, for the PT to run for president of the Chamber in 2015. I went to a meeting with several PT deputies, I put forward my arguments: ‘if you want to defeat Cunha, the only thing you can do is take someone from the PMDB and launch him as a candidate to defeat Cunha'”, he said, in the interview.

Lula also highlighted a second mistake by the Dilma government: not having sought to build a good relationship with Cunha after his victory.

He recalled that in 2005, in his first term as president, the government’s candidate to head the Chamber, Luiz Eduardo Greenhalgh (PT-SP), was also defeated. Lula, however, immediately sought to build a good dialogue with the president-elect, Severino Cavalcanti, from the Pernambuco PP.

“Lost, patience. Now, even though it’s Cunha, the President of the Republic needs to relate to the other power. I was in Suriname when the PT lost (in 2005) the presidency of the Chamber. (…) Do you think I would stay angry? No, I picked up the phone and called Severino: ‘Companheiro Severino. I’m in Suriname and I’m returning to Brazil, when I arrive the first breakfast is with you'”, he recalled to BBC News Brasil.

“Look, if Eduardo Cunha won the elections, the PT should have established a relationship knowing that he is another power. We cannot make our behavior in politics just a matter of principle. And it was not just Dilma who had what to do, she had political coordination. She had the Civil House (commanded at the time by Aloizio Mercadante). If we make a mistake in this deal, we pay the price, patience”, he said in 2019.

PEC and competition for positions in the Chamber

Political analyst Antônio Augusto de Queiroz, from the Inter-Union Parliamentary Advisory Department (Diap), also considers that it would be very “reckless” for the PT to try to face Lira in the dispute for the command of the House. In his view, the need for a good relationship with Lira still weighs in the political calculation to be able to approve a proposed amendment to the Constitution (PEC) that authorizes an increase in government spending next year, the so-called Transition PEC.

In this proposal, the president-elect tries to release up to R$ 198 billion in expenses above the Spending Ceiling in 2023, but it depends on the text being approved quickly in the Chamber and Senate. The next government wants to use these resources to increase the value of the Auxílio Brasil, which will once again be called Bolsa Família, in addition to allocating more resources to investments in works and social programs, such as Farmácia Popular and Minha Casa Minha Vida.

Another important point in the PT’s support for Lira, notes Queiroz, is the attempt to ensure that key posts in the Chamber are occupied by government allies or, at least, that they are not in the hands of Bolsonarists, such as the head of the Constitution Commission and Justiça e Cidadania (CCJ), a body that analyzes whether the proposals being processed by the House are in accordance with constitutional principles.

As the PL elected 99 deputies, the future largest bench in the House, the party has preference in choosing positions. The elected bench, points out Queiroz, is a mixture of deputies who are very loyal to Bolsonaro, who joined the party more recently, and former congressmen of the acronym, with a more pragmatic profile.

However, if the PT, which elected the second largest group in the future (68 deputies), forms a larger block with other parties within the Chamber, it could pass ahead of the PL in the distribution of positions.

“I think there is a great chance that, through an allied party, when forming a bloc, (the PT) will nominate the president of the CCJ. But, in advance, by supporting Lira, you will have the guarantee that (Lira) will not will hand over the CCJ to anyone connected to Bolsonaro. It may even be from the PL, eventually, but it cannot be from that fundamentalist group (more loyal to Bolsonaro)”, he believes.

The future of the “Secret Budget”

In Queiroz’s assessment, Lira made his re-election possible by managing the distribution of the so-called Secret Budget in the Chamber — tens of billions in parliamentary amendments that since 2019 have been allocated by deputies and senators to their electoral bases in operations that are not very transparent and have given rise to possible deviations. .

This mechanism, officially called rapporteur’s amendments, in reference to the parliamentary rapporteur of the budget law, transferred to Congress a large volume of resources previously managed by the ministries.

The 2023 Budget proposal sent by the Bolsonaro government to Congress provides for BRL 19 billion for this expenditure next year.

During the campaign, Lula called the Secret Budget an excrescence and criticized the excess of power in Lira’s hands.

“Bolsonaro is a hostage of the National Congress. Bolsonaro does not even take care of the budget. The budget is taken care of by (Arthur) Lira, he who releases funds, the minister calls him, he does not call the President of the Republic. This has never happened since the proclamation of the Republic,” said the PT candidate in an interview with Jornal Nacional in August.

Despite this, rapporteur amendments should not end in the next government. But, according to Zarattini, the Lula administration wants to give “total transparency” to these expenses. In addition, said the deputy, the government wants to define which will be the priority areas for the use of these funds.

“The government should direct what kind of use the money will be used for. Of course, the deputy will also influence, directing the resources to the locations of their bases, but based on a plan where the government establishes its priorities”, he defended Zarattini.

Queiroz, from Diap, points out that the rapporteur’s amendments are not a taxable expense, that is, their release by the government is not mandatory. Therefore, he believes that Lula will be able to make these changes (provide transparency and define priority areas).

To make these expenses taxable, Lira would have to be able to change the Constitution, which requires the support of at least three-fifths of deputies and senators.

In Queiroz’s assessment, this is not viable at the moment because the theme is unpopular in society and the PT must have a broad enough base to avoid such an alteration in the constitutional text.

Previous Has your Nubank account been blocked? See what the bank says
Next Benzema ‘miraculously’ recovered and ready to return to the World Cup? France coach is direct about possibility