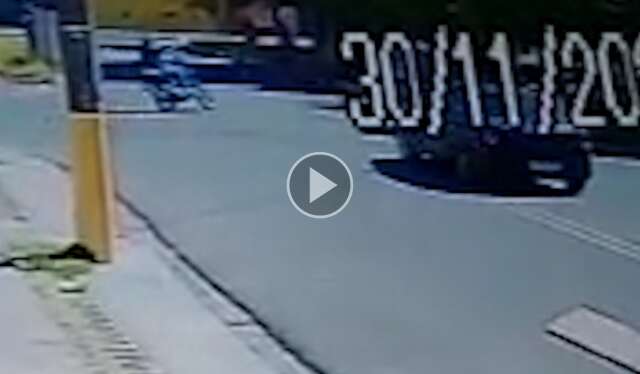 Security camera of a trade caught the moment when the Toyota Etios chases a 27-year-old man, who was shot dead, on the morning of this Wednesday (30), in Jardim Novos Estados, in Campo Grande.

Etios was occupied by three men, who pass through the street and are caught on camera. Then, the car disappears, apparently waiting for the moment when the victim would pass through Rua Marquês de Herval.

Then, the images obtained by the Campo Grande News show the moment when Anderson Delgado Matin, 27 years old, passes by on a blue Honda motorcycle, and turns left. He is pursued and in less than 100 meters, he abandons the motorcycle and runs back. At that moment, the perpetrators had already fired around three shots.

A 50-year-old neighbor, who declined to be identified out of fear, said that some people on the street got scared and ran away when they heard the shots. Part of the bumper and even the Etios exhaust remained in place after the collision.

Previous Presenter Neto complains about the players’ day off
Next With Lula, Brazil may have one of the largest number of ministries along with Venezuela