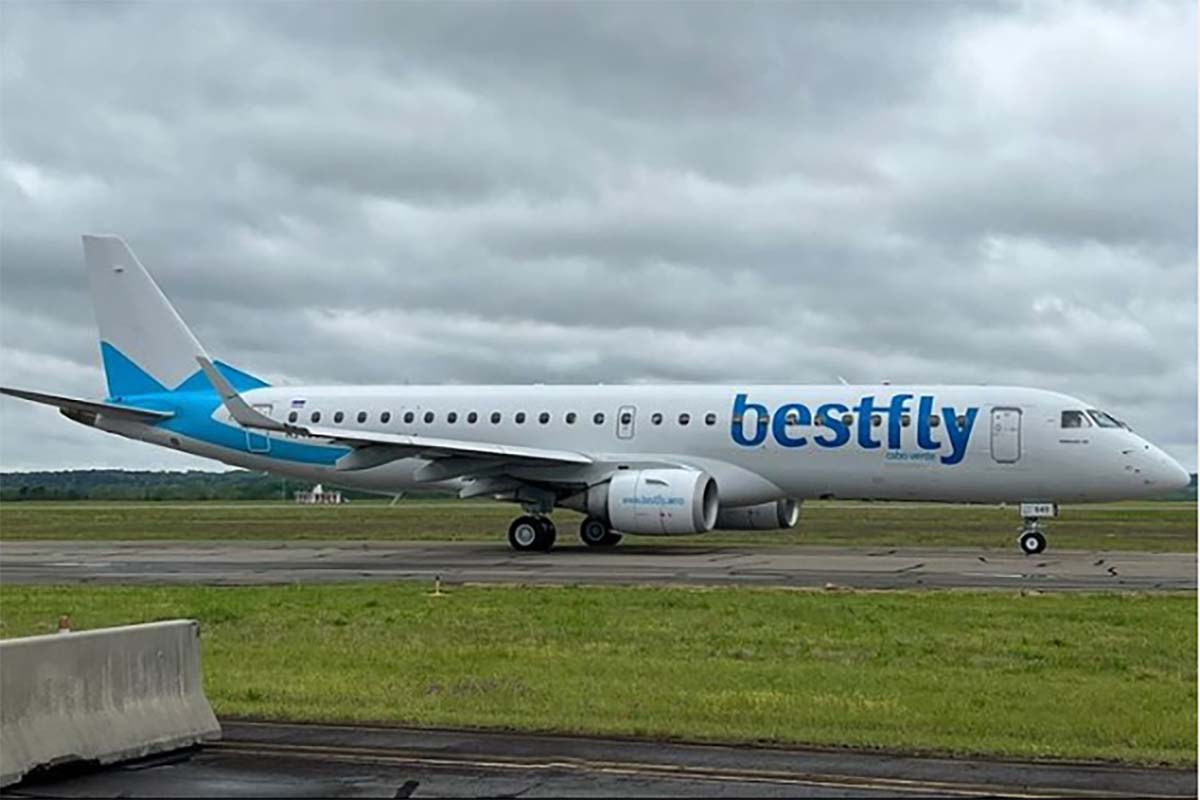 Last month, the Cape Verdean airline Bestfly complained to the local media about the regulator’s delay and bureaucracy to release its Embraer E190-E1 plane, received at the beginning of the year, but without operating a single route so far. At one point, in the middle of the year, professionals from Embraer went to Cape Verde to help with the process, but the plane did not fly.

However, the whole story seems to have two sides. Questioned by the press, the Cape Verde aviation regulatory agency issued a long note giving its view on the so-called “delay” in releasing the E190 jet. In documents from the Civil Aviation Agency (AAC), the airline itself would have asked for the suspension of the process of including the aircraft model in its operating specifications.

With that, the imbroglio remains open and the plane without flying. To know what will actually happen, only after the parties come back together and give joint information.

See the full AAC note below.

“Regarding the Embraer190-100IGW aircraft with serial number MSN 19000102, the Civil Aviation Agency received from Transportes Interilhas de Cabo Verde – TICV (Bestfly’s corporate name) the request for certification of said aircraft, in compliance with regulatory requirements , on April 11, 2022. On June 3, 2022, the AAC completed the said aircraft certification process, before the period stipulated by the regulations, and the following documents were consequently issued: Certificate of Registration, Certificate of Airworthiness, Certificate of Noise and Radio Station License, with the device ready to be operated”.

🇧🇷As for the introduction of the device in the TICV’s operations specifications (OPSPECS), a fact that would allow full commercial operation, the request to change the TICV’s AOC was made on March 7, 2022, only with the delivery of the form without the follow-up and due delivery of the required documentation”.

🇧🇷It should be noted that this process involved several sub-processes, such as certification of training organization for pilots, maintenance technicians and operations officers, certification of maintenance organization for the aircraft, approval of special operations (PBN and RVSM) of the aircraft, the alteration of the TICV air operator license, the approval of the pilot simulator, the approval of the various manuals of the operational areas, programs and other documents”.

🇧🇷However, on September 1, 2022, TICV requested the suspension/cancellation of the request to change the AOC and the consequent incorporation of the aircraft into the operations specifications (OPSPECS) for reasons that only TICV is responsible for clarifying with public opinion”.

“It should be noted that up to the date of the formal notification on the “cancellation of the integration of the Embraer 190 aircraft in the AOC of the TICV” on September 1, 2022, the TICV had not yet delivered all the required documentation and had corrected all the discrepancies pointed out throughout the process”.

“With regard to civil aviation regulations in Cape Verde, the Civil Aviation Agency has followed the ICAO international Standards and Practices, being aware of the dynamics and challenges of this dynamic sector, whose changes it seeks to accompany without neglecting the guarantee of safety. It is also important to point out that the AAC has maintained consistent efforts with a view to continuously improving the legal framework, also counting on the contribution of the various stakeholders, which include the air operators, also through the submission of all amendments to the public consultation of legislation”.

🇧🇷Finally, it is important to highlight the mission of the AAC, which has been to regulate and promote the safe, regular, efficient and sustainable development of Civil Aviation activity in Cape Verde, thus contributing strongly to the growing prestige of Cape Verde in terms of aviation international civilian.”