In an official note published this afternoon (2), Vasco reported that “it will not sign the 2023 Carioca Championship transmission contract under the terms presented” by the Rio de Janeiro Football Federation (Ferj) and the partner company. The movement of the São Januário club comes after the information that Flamengo would receive double the quota for its games.

In the report, Cruz-Maltino states that it will not accept “agreements in which there is no fair and correct distribution of values” and also stresses that it will take “all appropriate measures, in the sporting and legal spheres, to guarantee our rights”.

Still in the document, Vasco regretted Flamengo’s stance, “which seems not to have understood that football is not played alone”.

“Extra” published, last Tuesday, that Rubro-Negro had entered into an agreement with Ferj to receive R$ 18 million for the transmission rights of the Estado. In what was lined up, Cruz-Maltino would receive R$ 9 million, as well as Fluminense and Botafogo.

Ferj’s Referee for next year’s Carioca took place on the 11th of last month. CEO Luiz Mello was Vasco’s representative.

🇧🇷After confirming the veracity of news published in recent days, Vasco da Gama informs that it will not sign the 2023 Carioca Championship transmission contract under the terms presented by FERJ and its partner company.

We will not accept agreements in which there is no fair and correct distribution of values ​​and we will take all appropriate measures, in the sports and legal fields, to guarantee our rights.

Vasco deeply regrets the attitude of the board of directors of Clube de Regatas do Flamengo, which seems not to have understood that football is not played alone.

It is not the first time that the rival has received undue advantages behind the scenes. It was like this, for example, in the unusual, repeated and inexplicable extensions of the temporary agreement for permission to use the Maracanã.

We believe that Brazilian football will only be economically sustainable when there is clarity and justice in the negotiations, pillars that will guarantee equal sporting conditions and that will make the public’s interest in the spectacle perennial.🇧🇷

Previous “When he found out…”; Brazilian journalist delivers unusual reaction from Pole when he learns the reason for Paulo Sousa’s resignation from Flamengo
Next Russia says the US played a direct part in the war 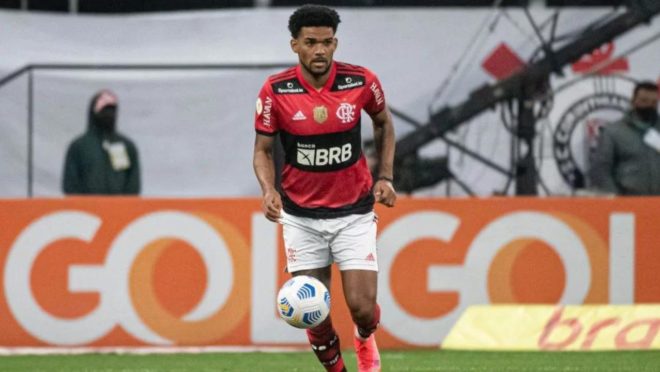