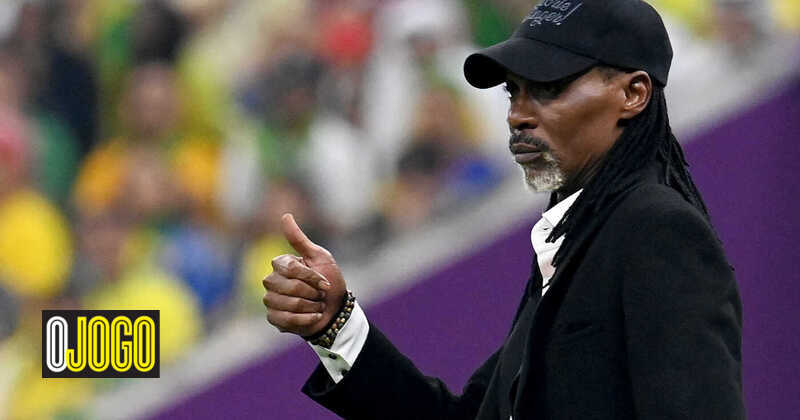 Remarks by Rigobert Song, coach of Cameroon, after the victory over Brazil in the third round of Group G of the World Cup in Qatar

Analysis: “When we are in competition, the objective is always to reach the final. Although we won today, we are disappointed, not least because we realized that we could have done better. We are a young team, but we are gaining experience and we have progressed in a good way. Now , I want to encourage my players for a tournament that will take place in 2024 [a Taça das Nações Africanas]🇧🇷

World Cup 2022. Giménez allegedly attacked FIFA director: “They are all a bunch of thieves!”

World Cup 2022. Tite: “The results speak for themselves, we cannot say that Korea is easier”

Learning: “The World Cup allows us to learn not to make the mistakes of the first games, especially when I think of that opening day [derrota com a Suíça por 1-0], which makes our pain a little greater. It’s a shame and there’s that little regret, but we have to see things differently. I’m really proud of these athletes.”

Historic: “I didn’t even know it was such a historic victory. We are one of the African countries that have participated in the World Cup the most times and now we’ve beaten Brazil. Congratulations to my players, who were warriors. It’s a shame to stop here, but being eliminated is part of it. “